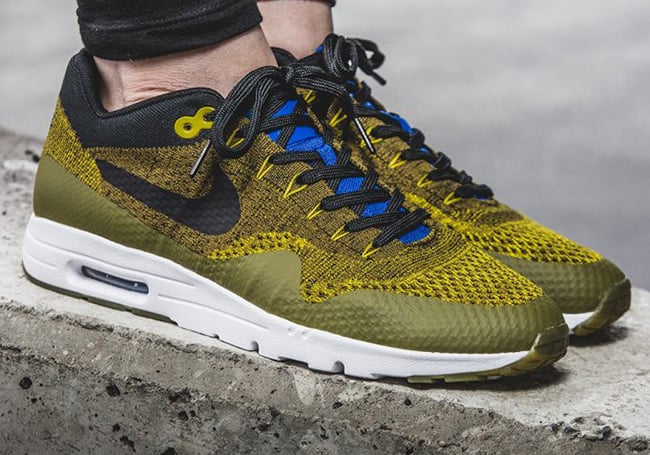 This Ultra Flyknit Nike Air Max 1 is dressed in Olive Flak, Black and Game Royal. The base will feature shades of Green that lands on the Flyknit and fuse. Following is Black on the Swoosh and around the collar while Game Royal Blue runs down the tongue. Finishing them off is a White midsole.

The Nike WMNS Air Max 1 Ultra Flyknit Olive Flak will be available at Nike Sportswear retailers on July 28th, 2016 like 43einhalb. Along with the pair shown, Nike Sportswear will also debut other color schemes on the same day which you can see by clicking here. To get a better look at the Olive Flak release, scroll below. 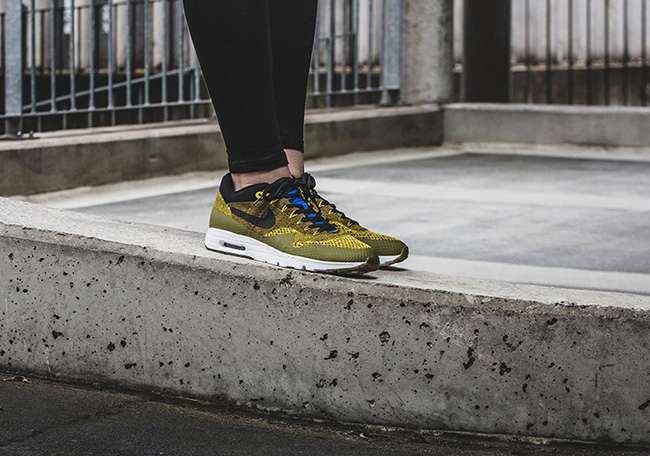 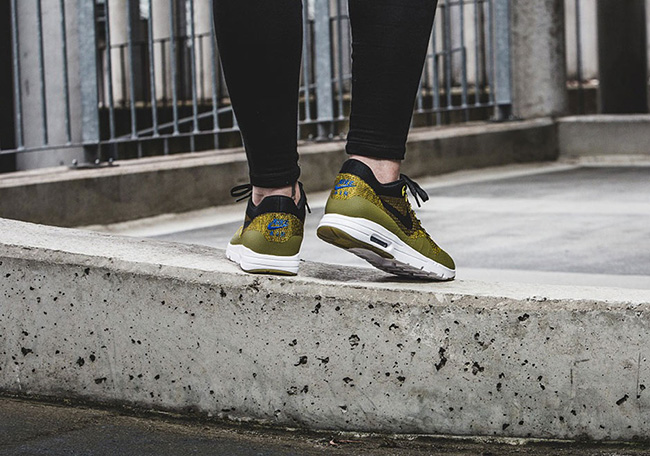