Though the Nike Air Huarache Light Burst is not an extremely popular model, these two colorways might change your opinion on the Nike Running sneaker. It is rumored that the two pairs are inspired by the “Bred” and “Cool Grey” Air Jordan XI (11) colorways. The first pair features a tonal grey upper, a semi-transclucent grey outsole, and white accents seen on the midsole, swoosh, and laces. The second pair yields a mesh and patent leather black base accented by a red outsole and a clean white midsole. The Nike Air Huarache Light Burst Quickstrike Pack is now available at select Nike retailers including Proper. 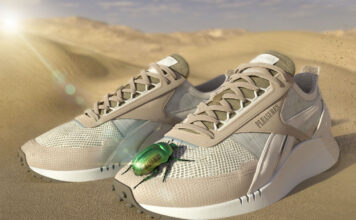