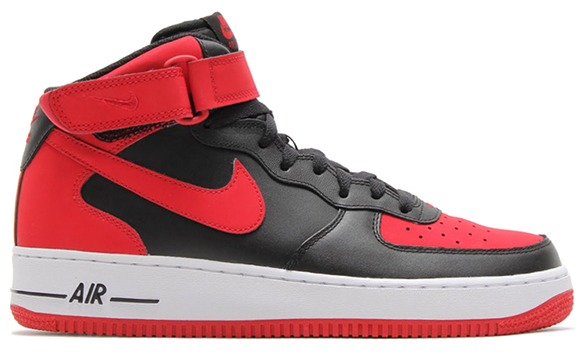 The bred color scheme, which is composed of black and red is traditionally linked to the Jordan line, but that doesn’t mean it’s parent company Nike won’t borrow it. Another pair of Nike Air Force 1 Mid will be coming soon that will sport the bred theme.

Although the Air Force 1 Mid uses a black, gym red and white color mashup, they are unique in their own respect as the location of each shade doesn’t resemble the AJ1. Nike has taken the black and red colorway, applied it to one of they retro’s in the same locations as the Jordan 1 making them identical, except for using a different silhouette.

The Bred Nike Air Force 1 Mid has landed in Japan, specially Kinetics. So we expect a U.S. release to come soon. 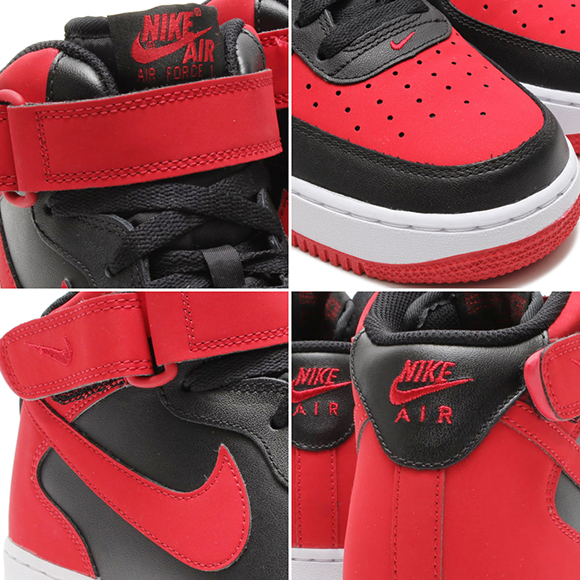