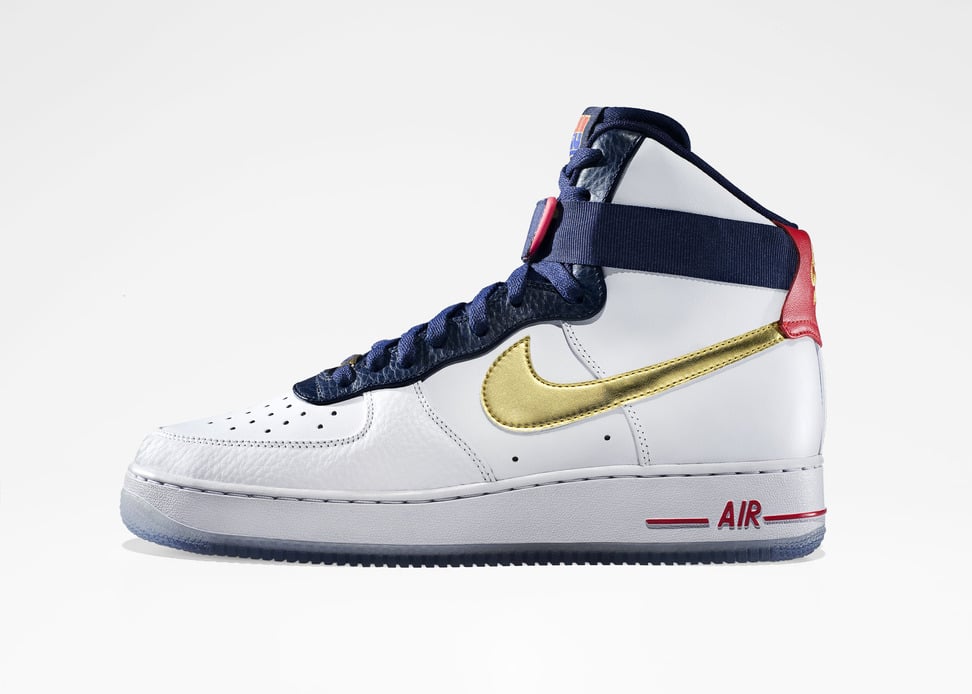 In addition to the red, white and blue Lunar Hyperdunk 2012 coming this Summer, Nike Sportswear is set to release a number of Team USA-inspired kicks for this year’s Summer Olympic Games in London.

First up is the Air Force 1 High. Decked out in smooth and tumbled white leather atop an icy outsole, the patriotic kicks feature a metallic gold Swoosh alongside a red leather heel panel and red midsole branding. Navy blue hits the tongue, ankle strap, laces and elephant print eyestay while the Dream Team’s “USA” logo adorns the tongue and “1992” appears within the icy outsole.

Take a look at this NSW tribute to the Dream Team and stay tuned for more looks leading up to this Summer’s release.