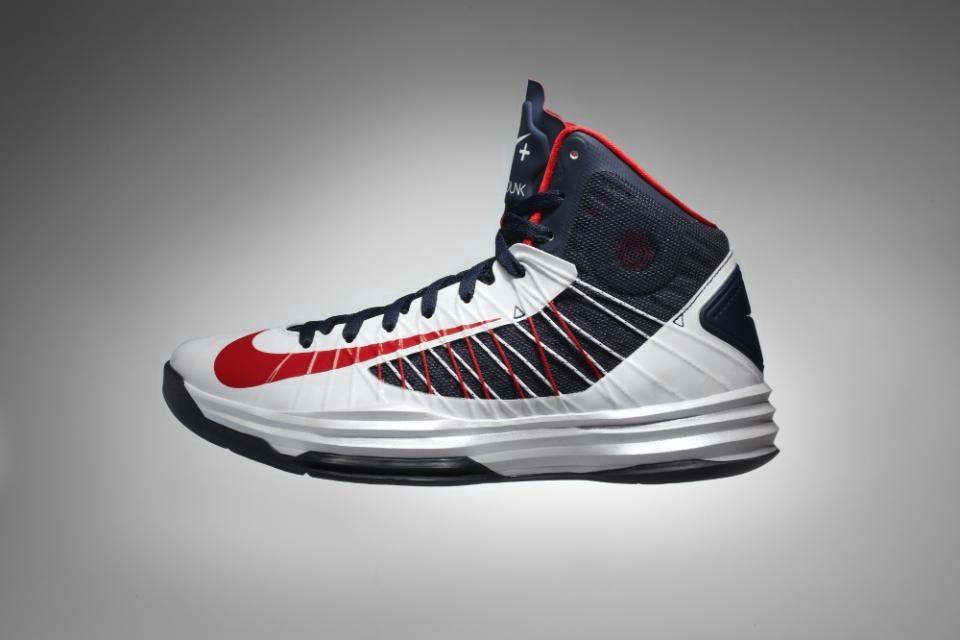 With the Lunar Hyperdunk 2012 from the Lunar Collection dropping just in time for the 2012 Summer Olympic Games in London, the USA basketball squad will be lacing up a special red,white and blue edition on court.

Weighing in at only 11.9 ounces, the predominately white kicks rock hits of blue on the tongue, laces, outsole, mesh and heel while red adorns the Flywire, lining and Swoosh.

Look for the USA version of the Lunar Hyperdunk 2012 to release later this Summer.