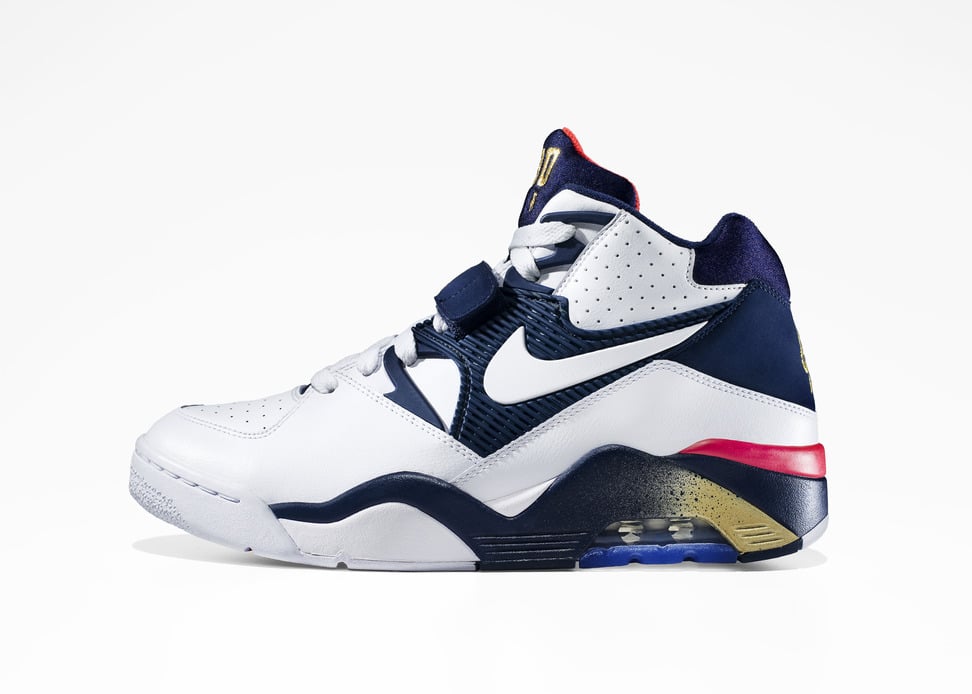 A tribute to Sir Charles, the Nike Air Force 180 is returning this Summer in a Team USA colorway.

Joining the “Dream Team” Air Force 1, Charles Barkley’s Air Force 180 returns in OG Dream Team form with a red, white and blue upper alongside gold tongue and midfoot strap branding and a blue and gold midsole gradient. Paying homage to the 20th anniversary of the Dream Team’s 1992 gold medal run in Barcelona, one insole reads “1992” while the other reads “2012”.

Look for the Olympic Air Force 180 to drop this Summer prior to the 2012 Summer Olympic Games in London as part of Nike Sportswear’s tribute to the original Dream Team.