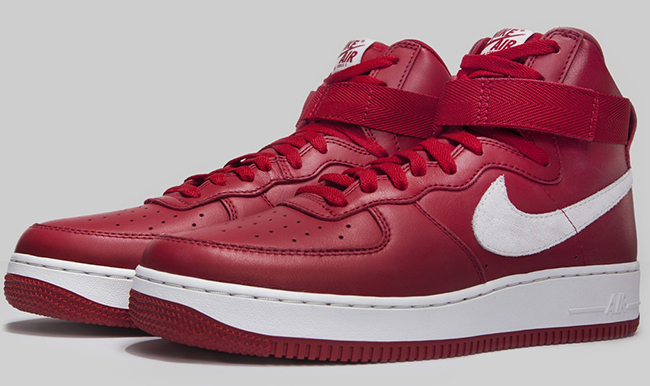 There is good news and bad news. Good news is we now have official images of the Nike Air Force 1 High Naike Gym Red but the bad news is a release date has yet to be announced. Since the images have been uploaded to Nike’s server, it does look like we are not to far off from them launching.

On point with the first release, except this time around the colors are inverted. Using gym red through the uppers that uses premium leather, accents of white are seen on the swoosh, tongue, midsole and heel. Taking a closer look at the Swoosh, it looks like Nike has used suede.

You can see more images of the Naike Nike Air Force 1 High ‘Gym Red’ below and once we learn of a release date, we will make sure to let you know.

Update: The Naike edition of the Nike Air Force 1 High in gym red and white will release overseas at stores like Hanon on September 5th, 2015. Retail price is £95.00 or about $146 USD. 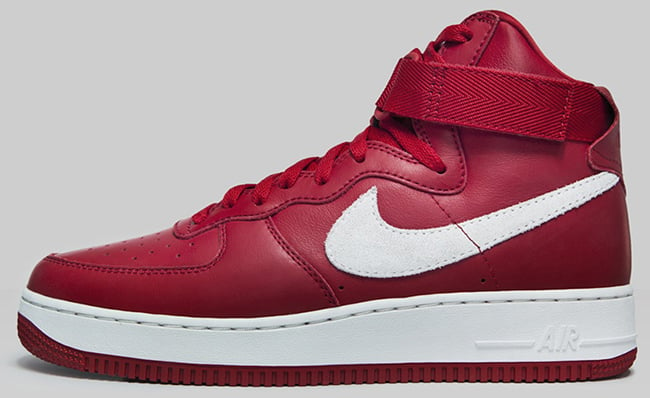 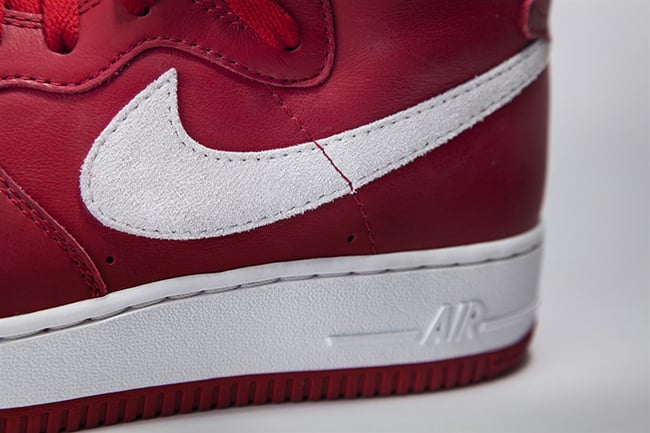 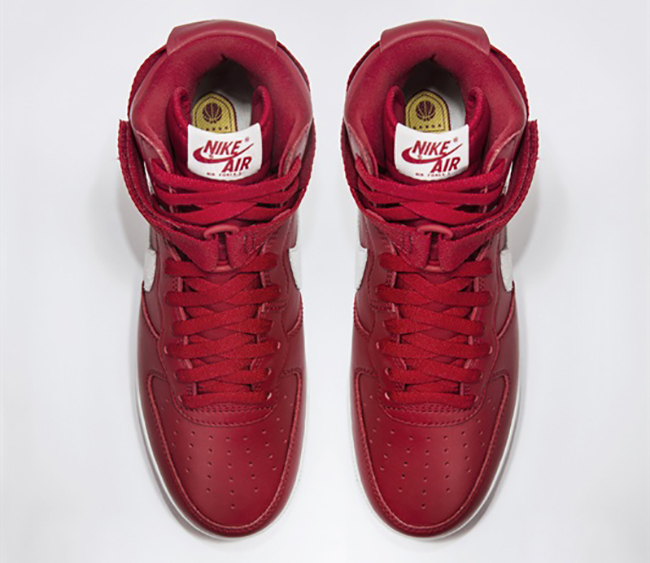 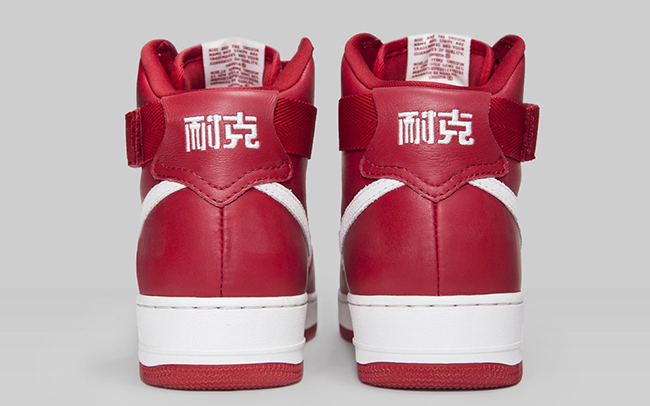