It looks like the Zoom Soldier 9 won’t be the only pair of sneakers from Nike apart of the Quai 54 series. Just exposed is the Nike Air Force 1 High and Flight Huarache. Both, as expected is a premium release, while the Air Force 1 is apart of the CMFT series.

The Quai 54 Nike Air Force 1 High features white through the midsole, eyelets, tongue and laces. The sides come with what appears to be an iridescent finish but the details show a map that we are sure is of Paris. Moving along, the sole which uses a translucent tint showcases another map.

The Quai 54 Nike Air Flight Huarache comes in a similar theme, but this time no maps. Using black on the heel cage, laces, tongue and bootie, the uppers will also have what looks to be iridescent. Last but not least is the addition of a translucent sole, a bit darker than the AF1.

Both the Nike Air Flight Huarache and Air Force 1 High CMFT ‘Quai 54’ is scheduled to release on June 6th. It isn’t known if they are an Europe exclusive, but once we find out we will let you know. 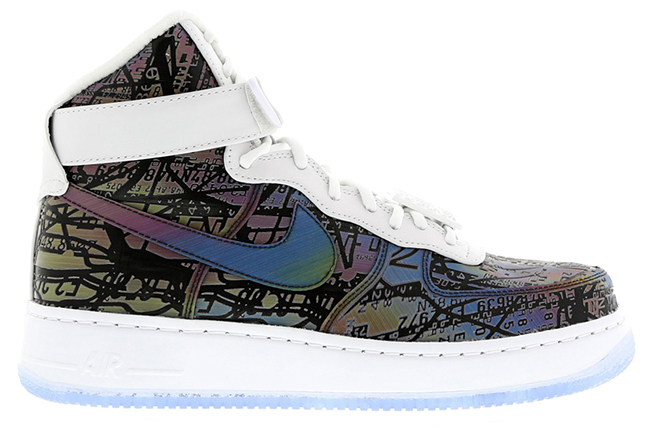 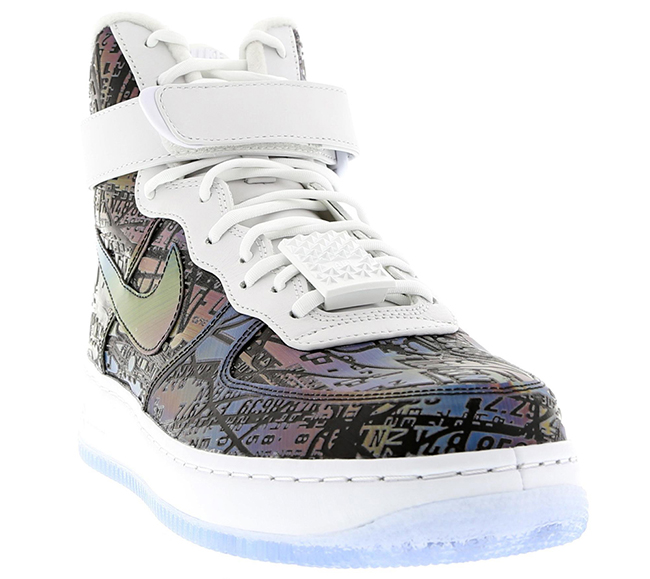 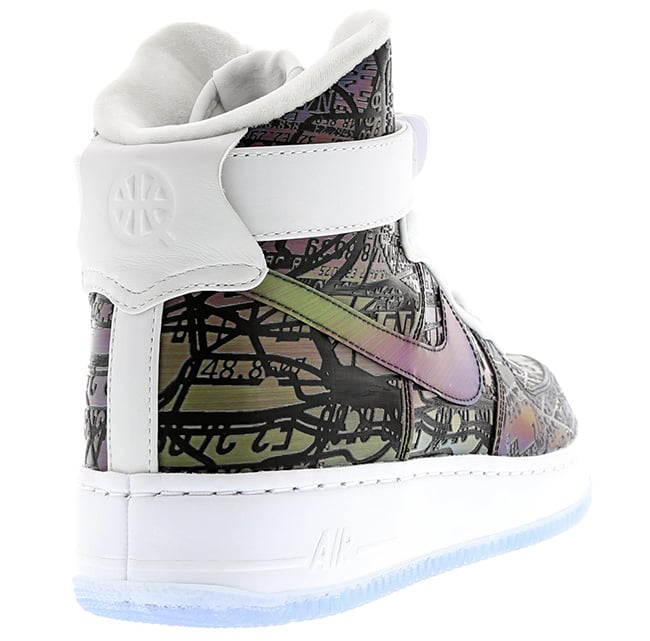 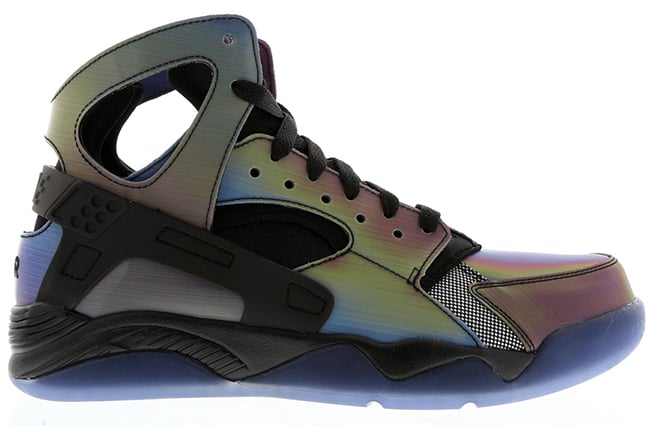 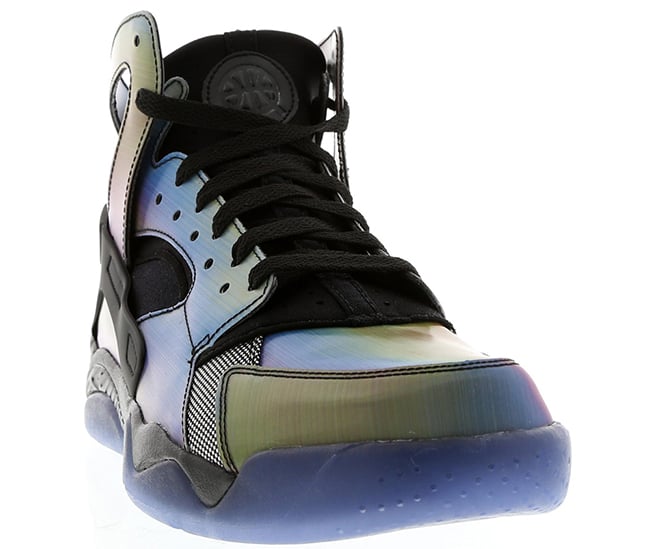 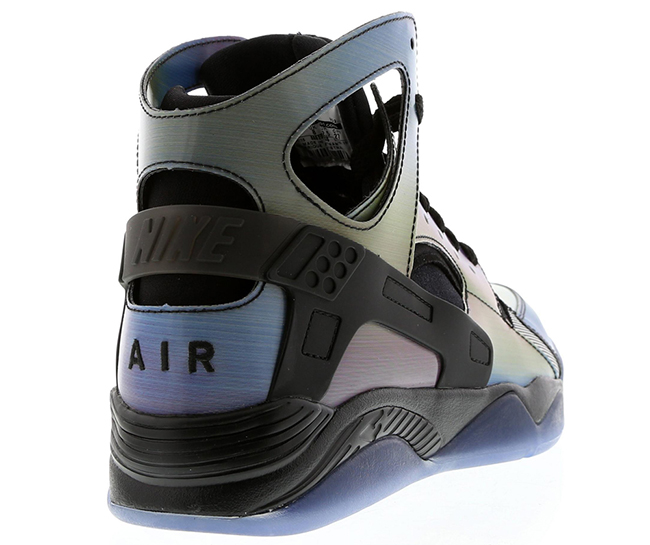