Is This the ‘Pearl’ Nike Air Foamposite Pro? 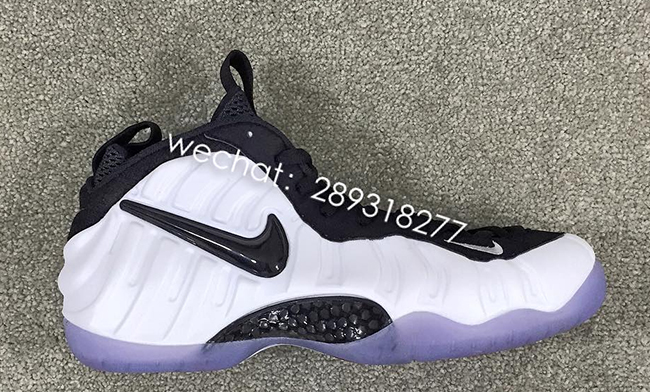 News broke earlier in the week that the Nike Air Foamposite Pro ‘Pearl’ would release with the Nike Zoom Hawk Flight forming the Nike Make Up Class of ’97 Pack aka ‘He Got Game’. A new image has surfaced which some have speculated to be the 2015 Pearl Foams.

Although these are not a bad pair of the Foamposite Pro, they are far from the originals. Nike loves to change things up for collectors but we personally feel that you can’t pass them off as ‘Pearls’ or release them in a pack inspired by the movie “He Got Game” if they are not exactly like the originals.

Instead of the pearl Foamposite material, Nike has changed it to white. Black still fills in the carbon plate, jeweled swoosh and eyestays. Taking a closer look, you will notice the tongue tab doesn’t have the two red stripes in the pair shown and the translucent sole now has a blue tint.

As of now, we don’t have confirmation if the Nike Air Foamposite Pro White, Black and Ice will actually be the ‘Pearls’ and packaged in the Nike Make Up Class of ’97 Pack along with the Zoom Hawk Flight but once we get the word, we will let you know.

If this pair turns out to be the ‘He Got Game’ Nike Foamposite Pro, would you still buy the pack?

This Air Jordan 14 Low is Inspired by Red Lipstick