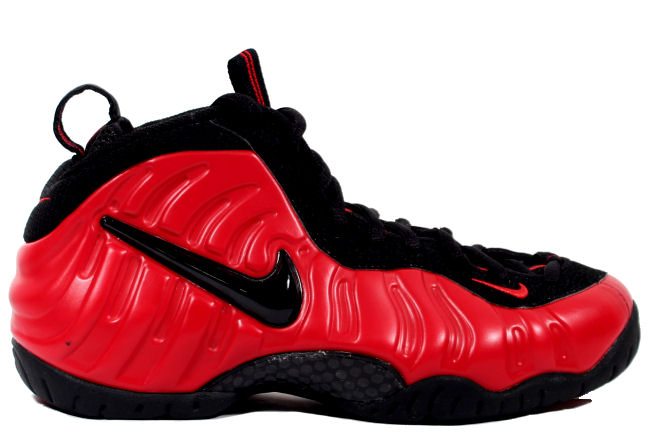 Nike will continue to bring OG Foamposites back. The next model to return in 2016 is the Nike Air Foamposite Pro ‘Varsity Red Black’.

Originally hitting the sneaker scene in 2002, the Red and Black Foamposite Pro will debut 14 years after it’s initial release. It is possible that changes could take place between the OG’s and 2016 retro, but the source where the news came from is solid.

However, if they do stay the same, they come dressed in varsity red and black. The Foamposite material features red that wraps through the heel all the way around to the to box with minor hits landing on the tongue tab and swoosh. Black accents are seen across the midsole, heel, swoosh on the side and down the lace stays.

As of now, there are no specific release details for the ‘Red Black’ Nike Air Foamposite Pro other than they are coming in 2016. Are you excited about this release?