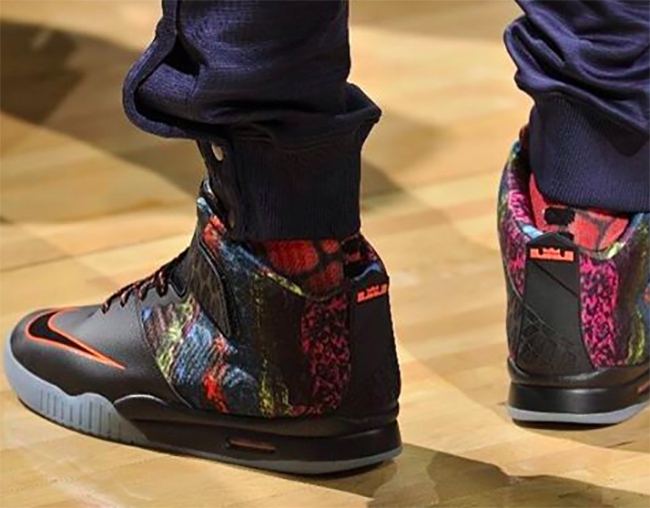 LeBron James was spotted wearing a new Nike Air Akronite, a shoe that has so far released in one colorway and only for kids, but will this change as another pair has leaked?

Known as the Nike Air Akronite ‘Multicolor’, the inspiration behind the name is from LeBron James hometown of Akron, Ohio. As you can see, around the sides and heel is multiple colors thus receiving the nickname ‘Multicolor’. They actually somewhat look like the LeBron 13s we featured not long ago. Following is black leather that hits the toe box with an orange outlined swoosh. Other details include an orange LeBron logo on the heel and the Nike Air Tech Challenge 2 midsole (not Yeezy 2).

As of now, it isn’t know if the ‘Multicolor’ Nike Air Akronite will release and if so, in adult sizing. More than likely if retailers do get them, they will be a kids exclusive and the pair shown is a PE for LeBron James. Either way, we will continue to fill you in on a potential release.