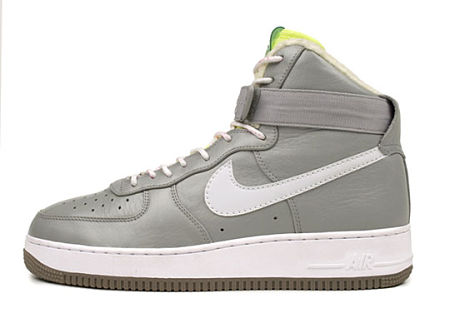 The Nike 1World project is up in full effect. Basically the Nike 1World project allows for 18 artists, musicians, and the like to design their own Nike Air Force 1. Here is the design by Feride Uslu who is a Berlin based artist and represents Uslu Airlines, which is known for their cosmetic grade airbrush system and high quality nail polish.

Since their name is Uslu Airlines their shoes are rightly so inspired by airplanes and the airport in their Air Force 1 Mid. Interesting as sneaker designs go, but not for people who are associated with airplanes the sneaker has sheep lining (similar to what pilot seats in the cockpit have). The green tongue logo tag and the neon yellow tongue stand as representations of the signal color of the tower seen at airports and the security vests of airport employees, respectively.

Presumably the white and pink laces are a take on the cords of a parachute and the strap are made to be reminicent of the seat belts in the airplane. The Nike Swoosh symbol is made of 3M and adds a lot to the sneaker.

The availibility of these sneakers will initially begin at Wood Wood Berlin, which will be hosting a release event on April 3rd. After that the sneaker will be available at Tier Zero accounts around the globe starting April 11th. More pics after the jump. 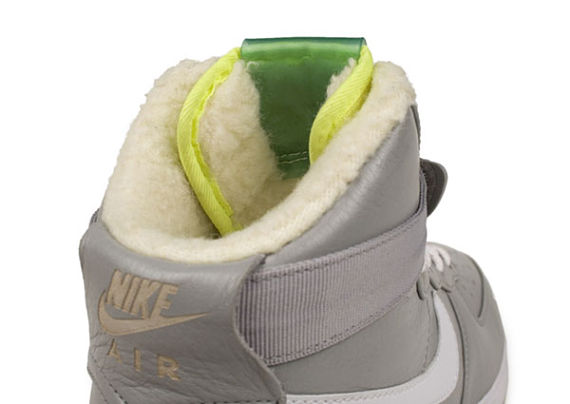 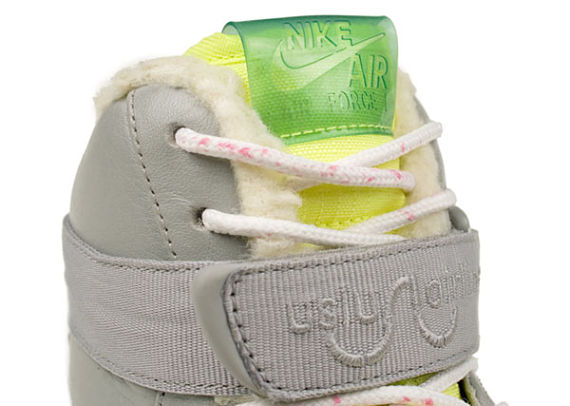 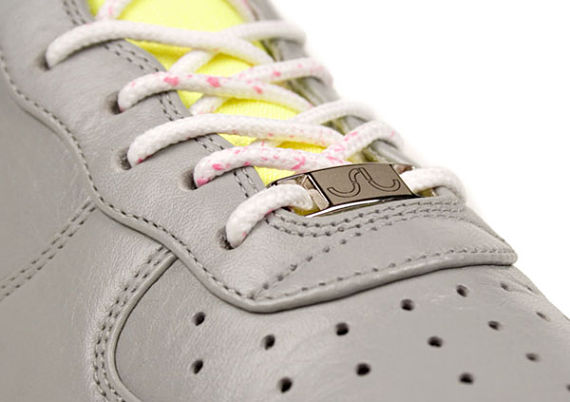