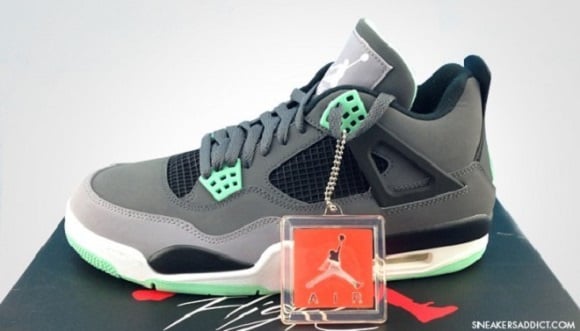 After we hit you pics of the “interesting” Air Jordan I (1) ’89 “Green Glow”, it’s only right that we hit you with some new images of its big brother, the upcoming Air Jordan IV (4) “Green Glow”. As we showed you with pics a few days ago, the newest iteration looks to be nearing its completed form, eschewing the grey and white midsole combination for an all-white version, while also adding a lighter grey toecap to the all-grey nubuck upper of the previous sample versions we’d seen. The shoe features a grey nubuck upper with black and green glow plastic accents atop a white midsole and green glow outsole. A green glow Jumpman on the heel, black laces, and grey Jumpman tongue tag finish off the shoes.

With the “Toro Bravo”, “Stealth”, and possibly even the “Lightning” IV set to release later this year, the Air Jordan IV (4) is looking to have a Frank-the-Tank-on-tranquilizers “craaaazy” year. What Air Jordan IV are you anticipating the most this year? Are you feeling the new changes to the “Green Glow” Jordan IV? Only cop OG colorways and couldn’t care less about this release? Let us know in the comments below, and keep it locked at Sneaker Files for more info on where to cop these as the release date, August 17th, nears. 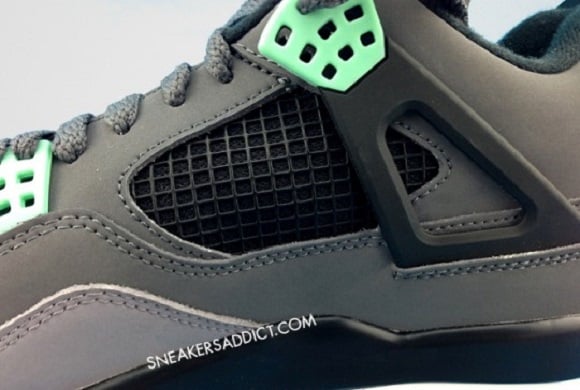 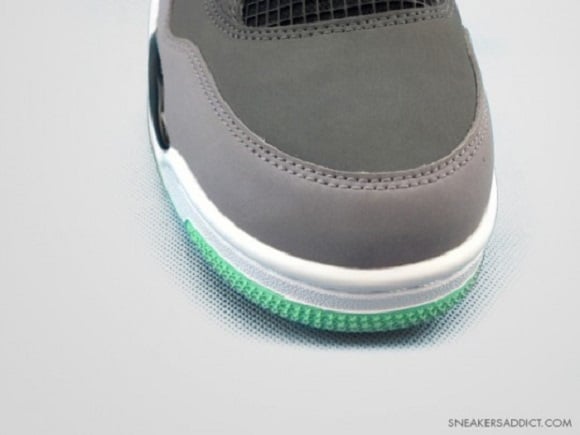 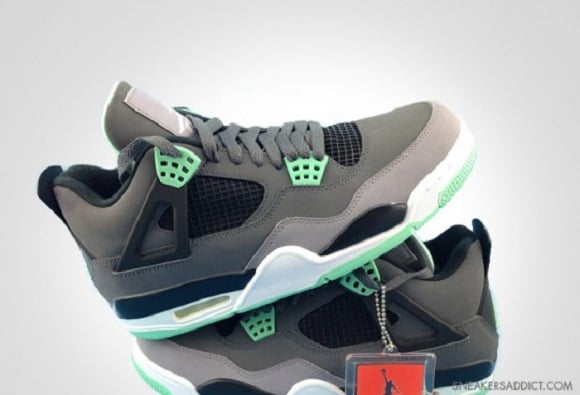 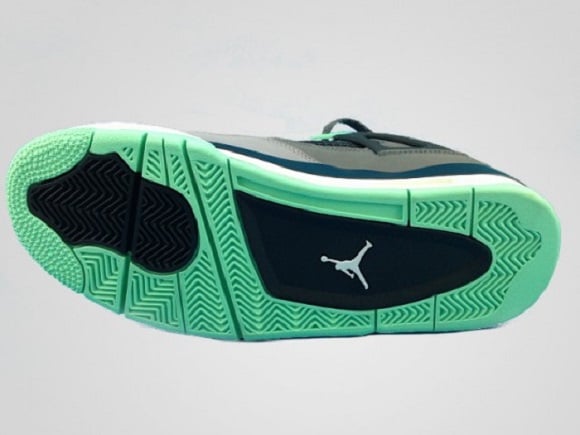 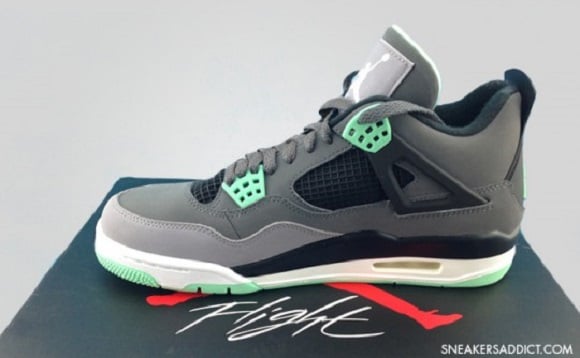