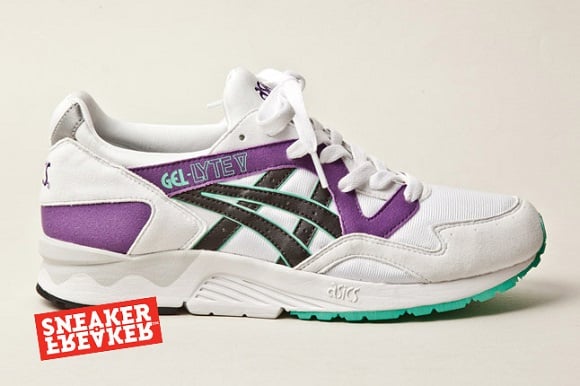 The Grape colorway has had a big year so far, with the Air Jordan V (5) “Grape” hitting shelves again after a 7-year hiatus and Nike using the “White/Grape Ice-New Emerald” colorway in fresh ways, like on the Nike Air Force Max 2013 “Grape” and the Air Max 2 Strong “Grape”. Asics looks to cash in on the Grape phenomenon by taking a page out of the Jordan Brand playbook and paring it with the 5th version of one of their classic (albeit less popular) models, the Asics Gel Lyte V.

The Asics Gel Lyte V “Grape” features a white nubuck and mesh upper, with black, mint green, and purple accents, giving the shoe a decidedly “Grape” feel. The shoe sits on a white and grey midsole, with a tri-colored outsole consisting of a white, black, and mint green color combination. Unlike its younger (and more popular) sister, the Asics Gel Lyte III, this model eschews the infamous split tongue of the Gel Lyte III for a solid tongue, part of the one-piece bootie-like upper of the Asics Gel Lyte V, originally released in ’93.

Are you a fan of this upcoming release? Love the Grape colorway, or think it’s been used enough for 2013? Let us know in the comments below, and hit the jump for more pics of this shoe. While a release date hasn’t yet been set, keep it locked with Sneaker Files for updated info as it comes. 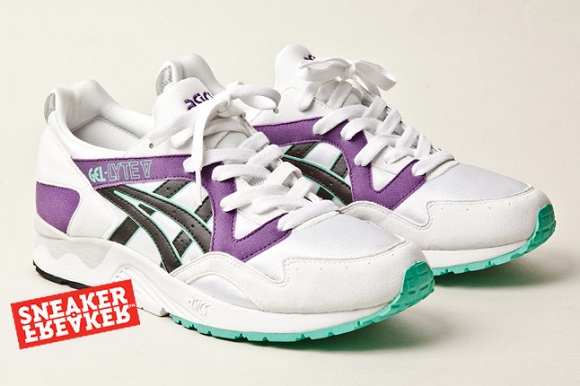 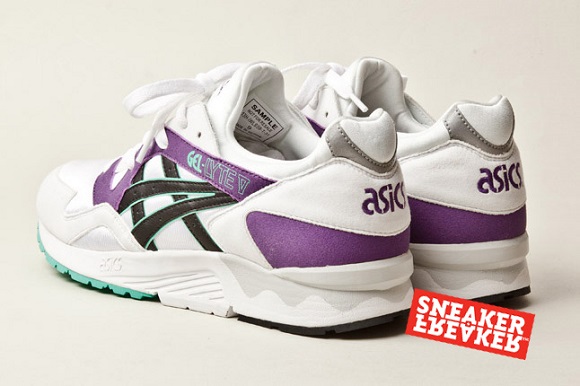 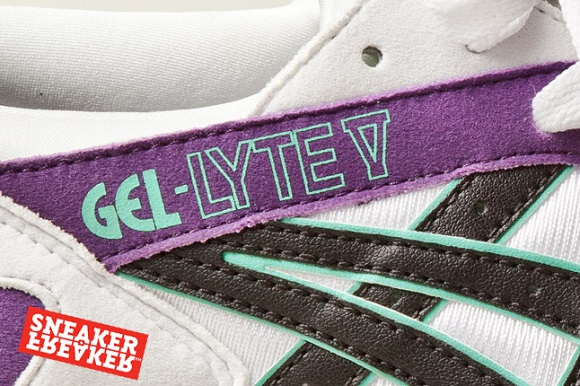 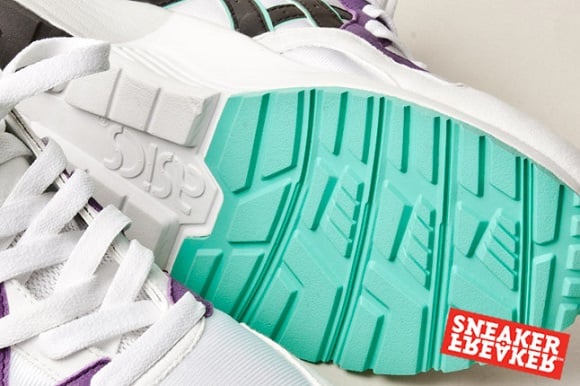 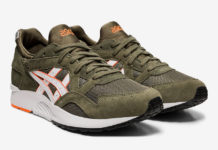 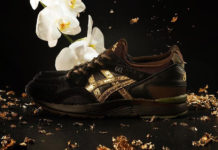 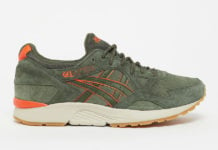