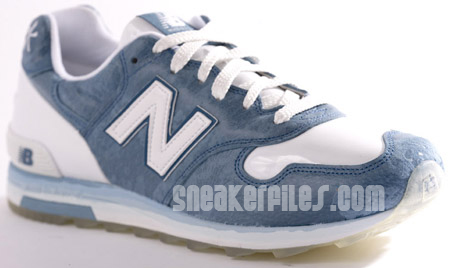 Boston-based New Balance announced today that the fourth collection of the Super Team 33 project has been designed by the New Balance Asia Pacific team and will feature a theme inspired by the elements – wood, water, earth, metal, and fire. The Elements 1400 shoe will debut at 33 select retailers worldwide on October 20, 2007 and retail for $200.00. Read more after the jump.

Available in three exclusive designs, this new limited edition collection celebrates the complementary Yin-Yang interplay of the elements in the cycle of life. The “Fire and Metal” 1400 shoe honors the role of fire as it refines metal, while the “Earth and Wood” shoe pays homage to our planet and the way it nurtures all living things. The third design, “Water” is a standalone tribute to the power of water.

“This exciting new range represents a global collaboration and a deep commitment to individualism that is unique in the footwear industry,” said Qing Ni, New Balance regional marketing manager for Asia Pacific. “Details include elaborate designs on the tongue of each shoe, the sole insert, and even the outsole. Every Super Team 33 Elements shoe is truly a limited-edition, sophisticated work of art.”

Super Team 33 Elements footwear features design details that reflect each of the three elemental concepts. For instance, “Earth and Wood” features brown contrast stitching, an eye-catching tree pattern, a distinctive tree-trunk pattern embossed on the New Balance logo, as well as two sets of laces – one in green and one in brown. “Fire and Metal” features a striking black and red design with metallic embroidery, a silver insole, and a laser-etched phoenix rising from the flames. “Water” embodies Zen-like serenity and tranquility, with a blue/white colorway, transparent rubber and a recurring pattern of Chinese junk boats and water bubbles.

To give each shoe a distinctly Chinese touch, the heel of every Super Team 33 Elements shoe features the Chinese character that represents that shoe’s element. The collaborative elements, namely Earth/Wood and Fire/Metal, use different characters on the left and right shoe, while the Water design features just one character. Transparent panels on the box showcase its contents and color-coded lids explain the meaning of the Chinese characters on the rear of each shoe.

Super Team 33 (ST33) is a global line of shoes within the New Balance lifestyle collection that was named after the Skowhegan, Maine manufacturing team that actually creates the shoes by hand. A 28 member value stream team engineers the shoes domestically, completing cut through pack in one day, and ships the shoes directly to customers from the fifth floor of the Skowhegan plant. A new style in the ST33 collection launches every quarter and is designed by a different sector of the globe. The first quarter was U.S. designed, the second quarter design was developed by Japan, the third quarter was designed by EMEA (Europe, Middle East, Africa) and the Asia/Pacific team has designed this fourth quarter collection. In line with the collection’s name, the shoes are sold at only 33 retail doors globally. Only 24 pairs of each of the three Elements designs will be available in each retail location. 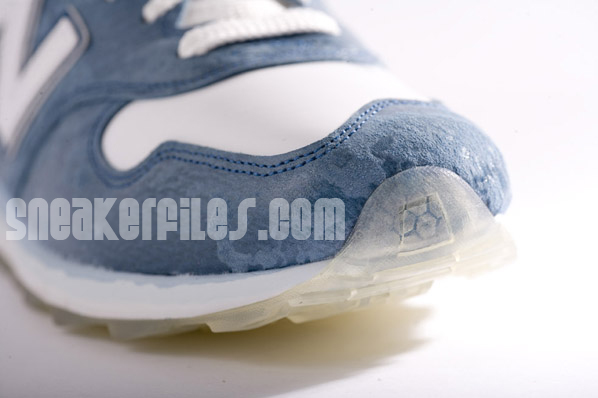 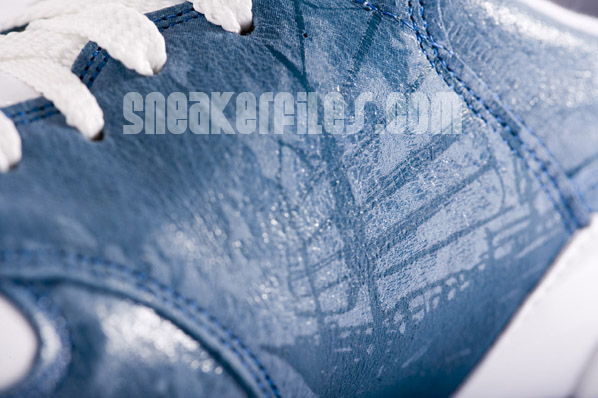 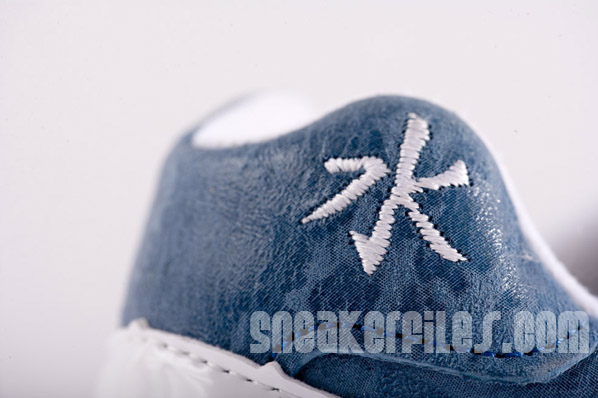 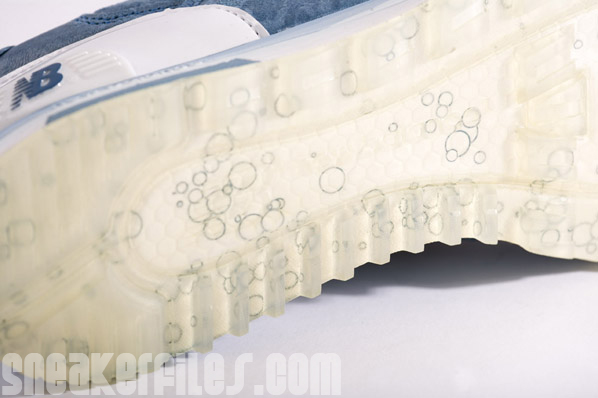 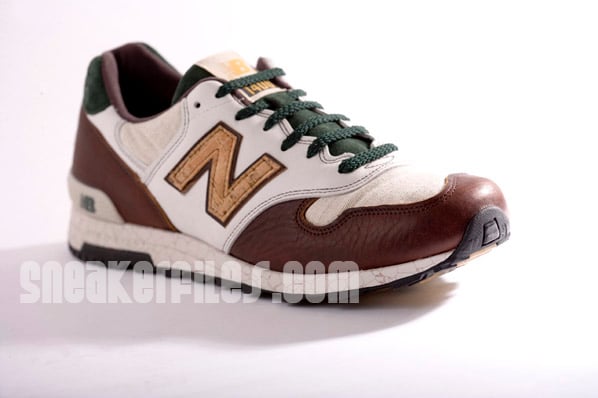 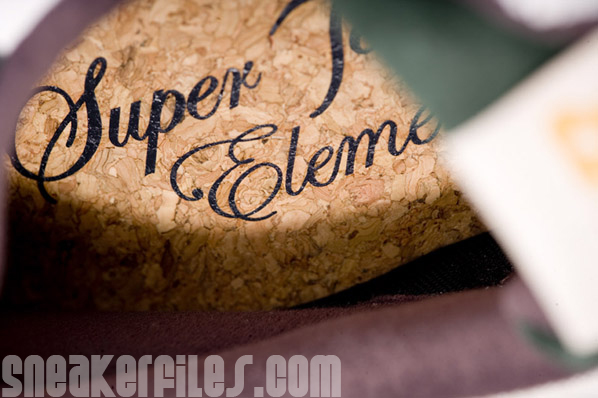 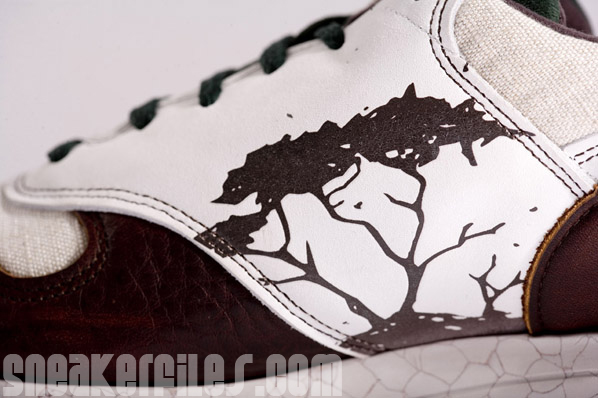 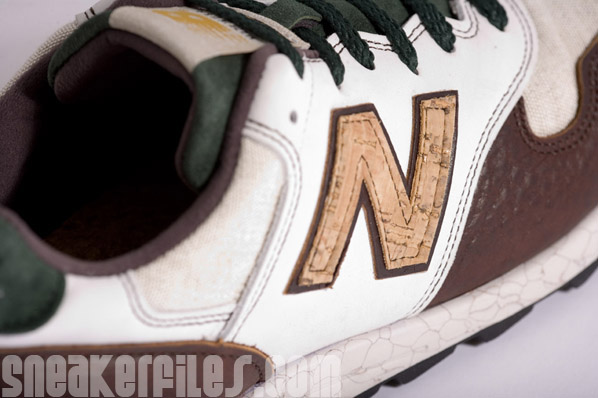 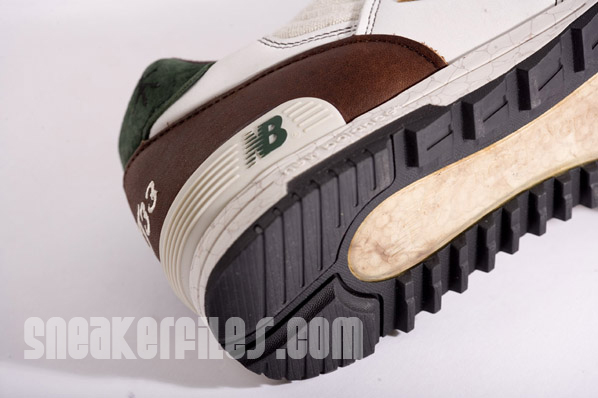 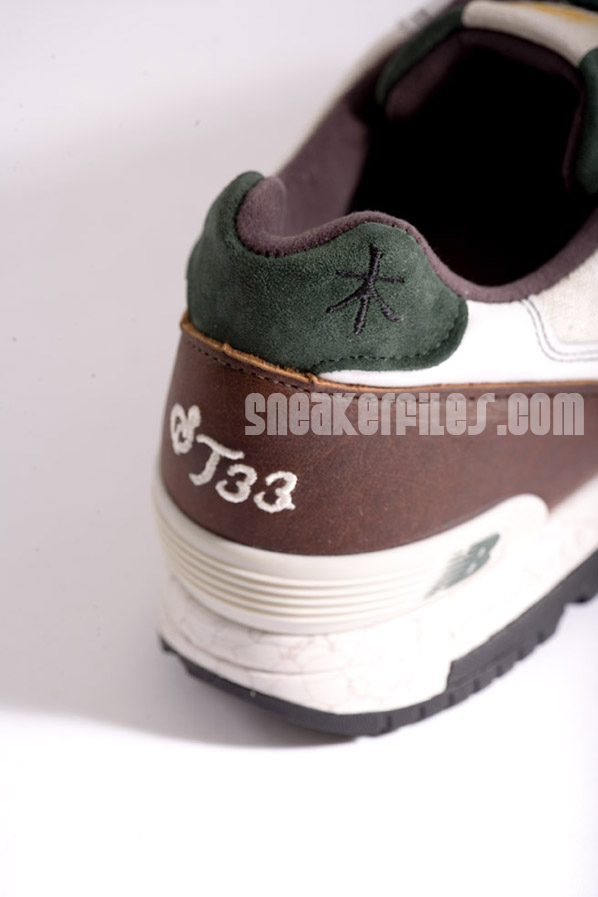 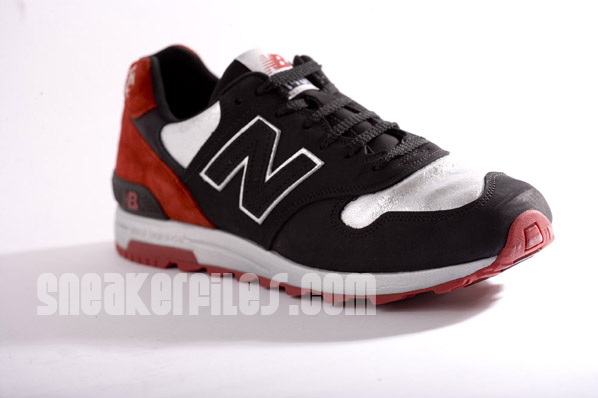 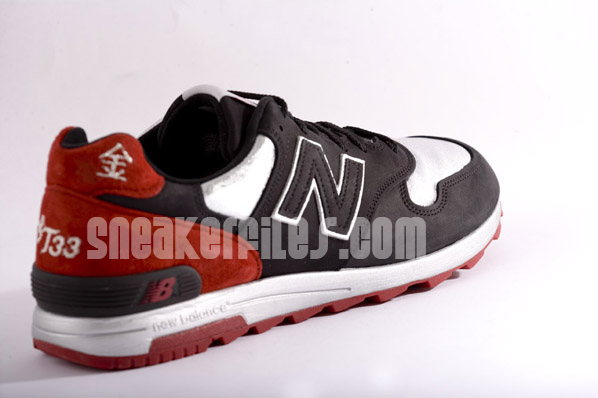 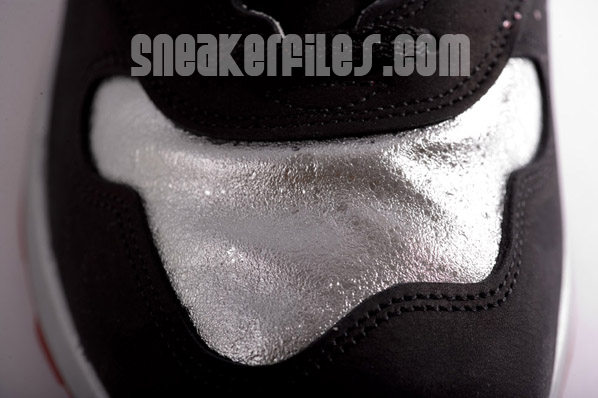 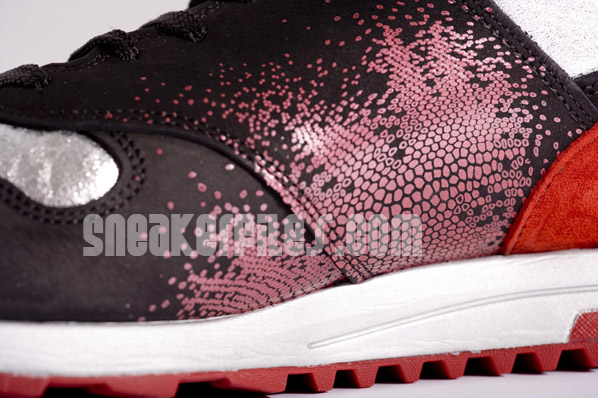 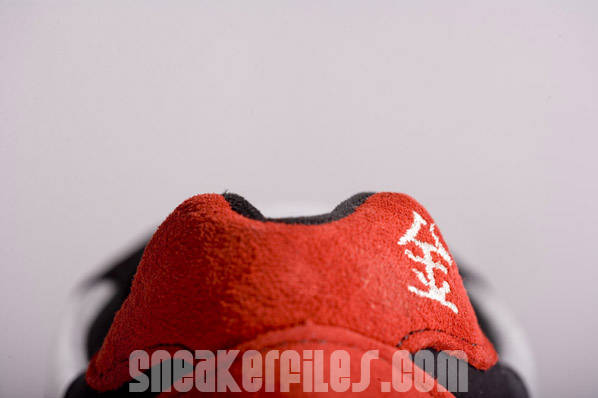 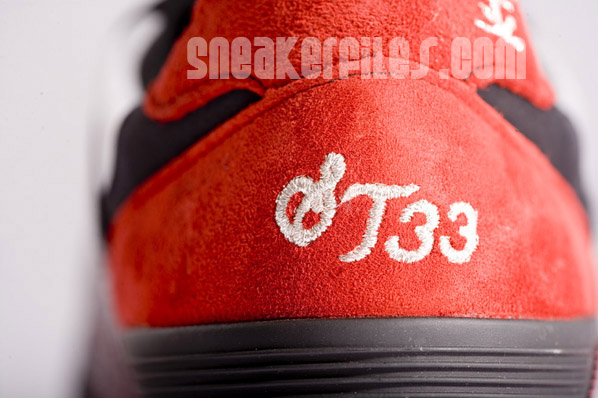