Since the weather has started to warm up, well depending where you’re located, brands will be introducing festive releases. New Balance is getting in on the fun while using the New Balance 574 to release what’s being called ‘Summer Waves’.

This pair is inspired by the ocean waves along with sand. Featuring canvas on the uppers in Arctic Blue, along with a wave like graphic. Dragonfly Orange is then applied to the N as well as the tongue. Other details include a Sand shade by the collar and heel, Dark Blue on the outsole and liner while White is placed on the midsole.

The New Balance 574 ‘Summer Waves’ is now starting to release at New Balance retailers. You can currently pick them up from Feature for $80. Take note that this is a women’s launch and at the time of writing, only a couple sizes have sold out. Get a closer look at this model below. 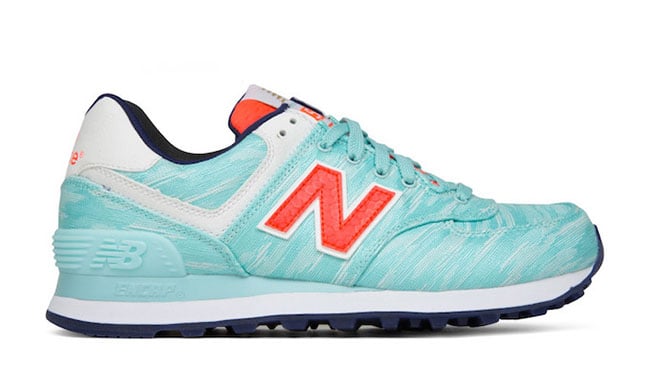 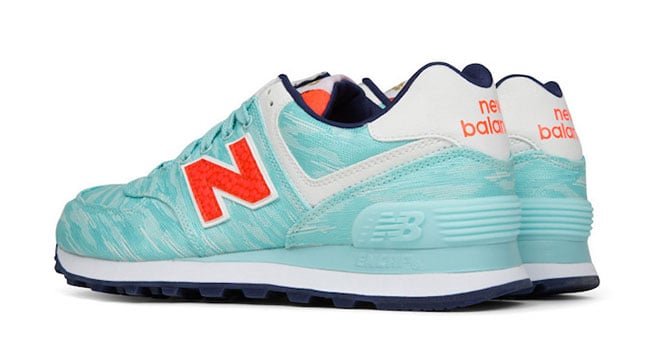 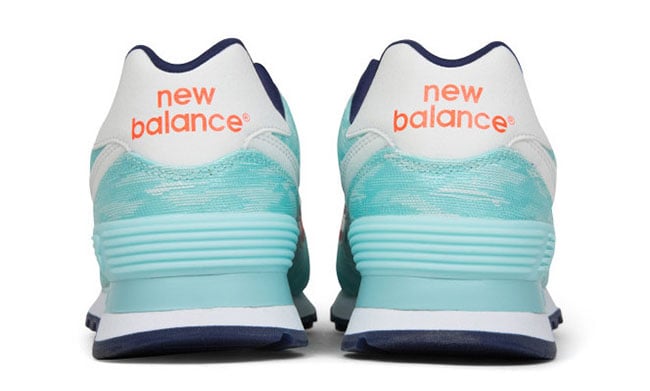