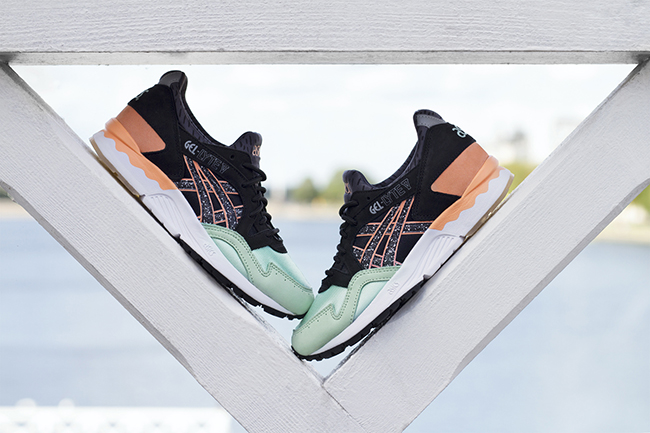 Naked, a women’s exclusive boutique out of Copenhagen will collaborated with another sneaker brand. This time around they join Asics for the Naked x Asics Gel Lyte V Hafnia, a women’s exclusive. This will be the first time in Asics / Tiger history that they release a women’s specific shoe.

Naked drew inspiration from watching summer sunsets that get later during the warmer months on copper plated rooftops throughout their city. This brings us to the nickname, Hafnia which is the Latin word for Copenhagen.

Dressed in mint, coral, white and black. Mint lands on the toe box while coral drapes the heel, section of the midsole and outlining the Asics branding. Black nubuck paneling helps the two shades pop even more while they sit upon a white midsole. Other details include a rain camo print on the tongue, liner and insole, 3M on the heel, splatter print filling in the Asics logo and a translucent outsole.

The Naked x Asics Gel Lyte V ‘Hafnia’ will be available at select retailers overseas on August 18th, 2015 including Hanon. Retail price has yet to be determined. See below for additional images.

Update: Some boutiques in the United States will release the Naked x Asics Gel Lyte V ‘Hafnia’ on August 8th, 2015 for $150, Premier being one of them. 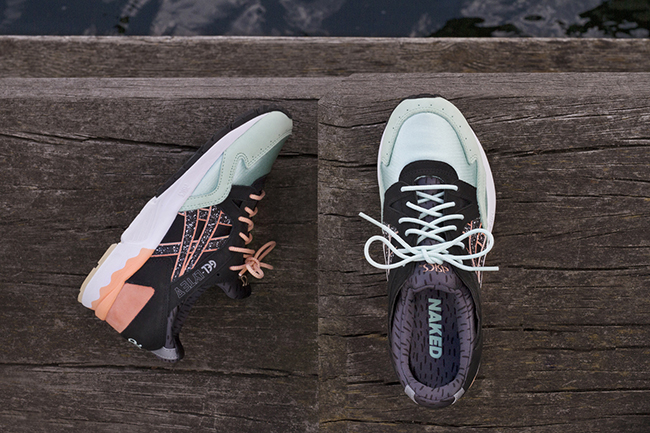 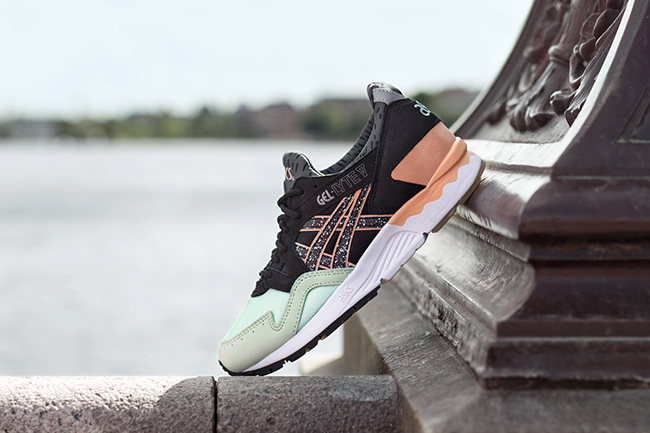 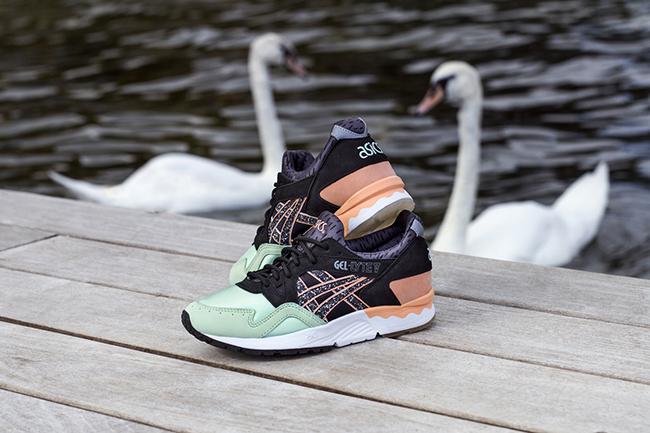 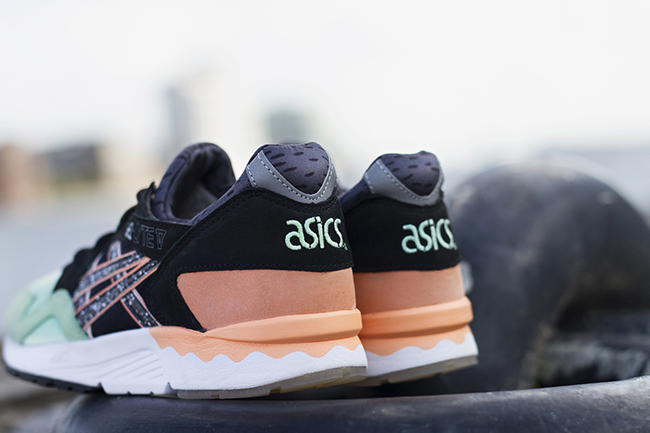 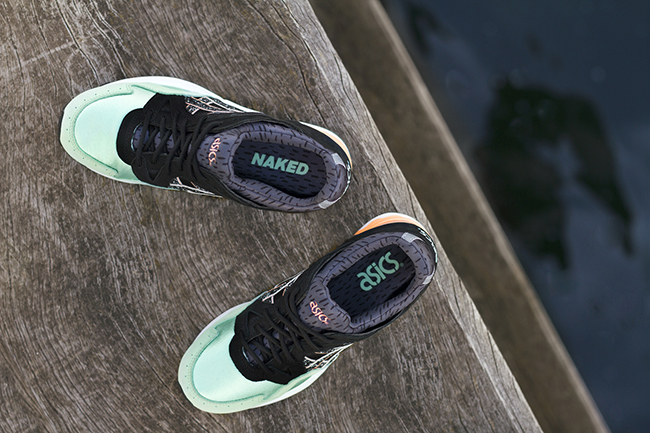