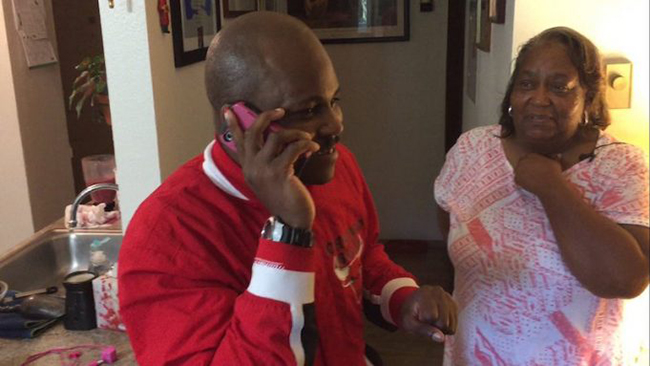 Jeffery Harrison, 33, who is also known through social media as ‘CDA MJ’ received internet stardom when he was spotted playing a pickup game dressed like Michael Jordan.

Being a fan of Basketball and Michael Jordan his entire life, he received a special package from MJ as well as a personalized letter and phone call.

Harrison has been infatuated with Jordan since he was 4-years-old. He has been wearing the Jordan uniform since 2010. It has earned him nicknames like Jordan, but the response has not always been positive.

Many people did not know at the time he blew up on social media that Harrison is autistic. He is unable to work and he dedicates much of his time to basketball, watching videos of Jordan’s old teams and playing pickup games.

Harrison said people are not always nice and it frustrates him. But, he has never let it defeat him. He challenges the perception of who he is and what he is capable of both in life and in basketball.

Harrison said he always has fun playing basketball and takes it very seriously. It is just another way he takes after his idol.

KREM 2 passed Harrison’s information along to Jordan’s business manager who showed him the story. He was so touched by Harrison’s tribute, that Jordan decided to pass along a ‘thank you’ to one of his biggest fans.

Michael Jordan sent two boxes of gear to Jeffrey Harrison after seeing video of him playing hoops in his MJ uniform. pic.twitter.com/ZV0c7KpJcQ

Jeffrey reading his letter from MJ. So amazing. pic.twitter.com/a8vUdpH64B

The end of Jeffrey's phone call with Michael Jordan. I'll not soon forget this moment. pic.twitter.com/CCdcxMtDIZ

The gifts, the letter, the phone call, it was all Michael Jordan's idea. He wanted to do something special for Jeffrey. Man, did he ever…

His mother Barbara Williams had kept it all a surprise and Jeffrey said he had no idea it was coming.

“I knew it was him. It kind of brought me to tears after I got off the phone so I figured this is really going to be nice. The fact that Michael Jordan took the time to call and put all this together. I love it, even the cologne even the sweats, I love it,” said Harrison.

We are glad this has a happy ending. You can tell Harrison was very appreciated of what he received from Michael Jordan. Let us know your thoughts in the comments section. 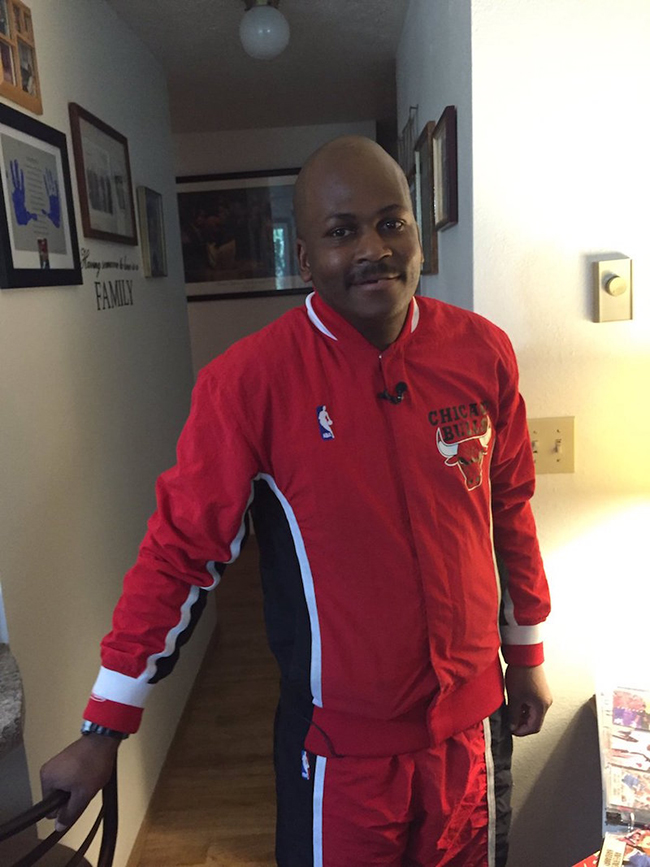