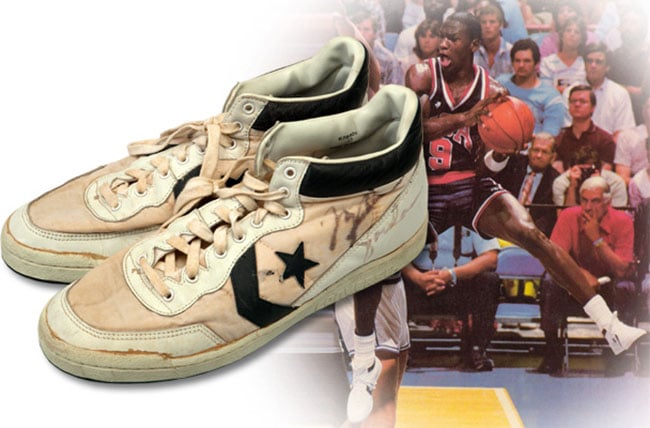 With the Air Jordan x Converse Pack releasing later this month, here is something not your average sneaker head could obtain. Available at auction was Michael Jordan’s game worn and dual signed Converse Fastbreak Mid. He wore this pair during the 1984 Olympics and sold for a record breaking $190,373 at SCP Auctions.

Previously the highest auction was on the Air Jordan 12 ‘Flu Game’ which was worn by Jordan during the infamous game and autographed. They sold for $104,765. As for the Converse Fastbreak Mid at auction, this is the last pair worn by MJ in competition as an amateur and was obtained by a ballboy.

The shoes have some wear and tear from over the years and probably originally featured a White and Black theme. This of course differs from the Jordan x Converse Pack which will feature accents of UNC Blue.

More images of the shoes along with Michael Jordan playing in them can be seen below. That us know your thoughts of this iconic piece of Jordan history in the comments section below. 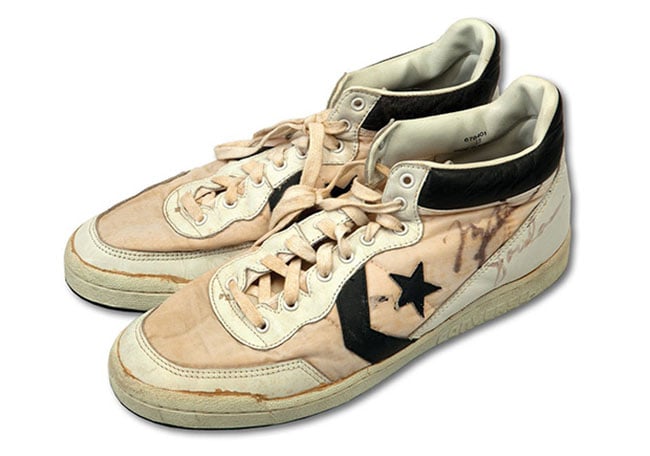 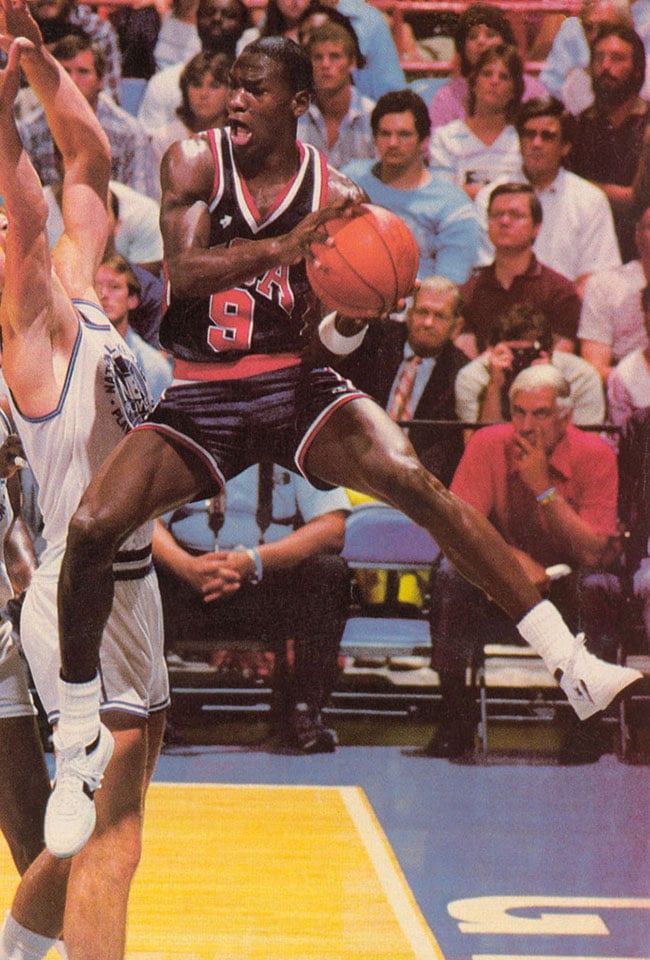 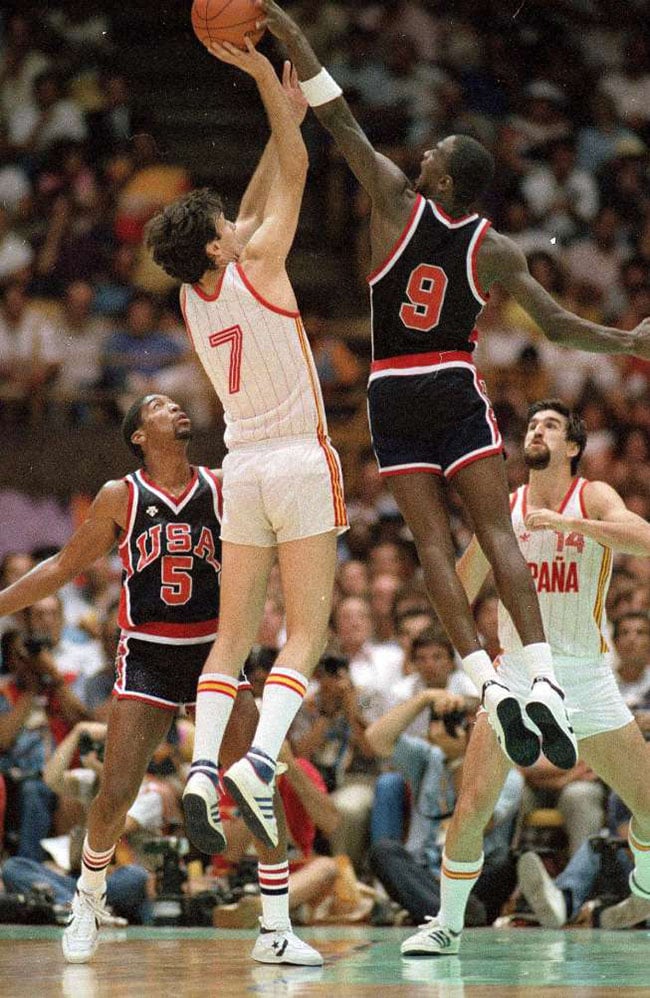 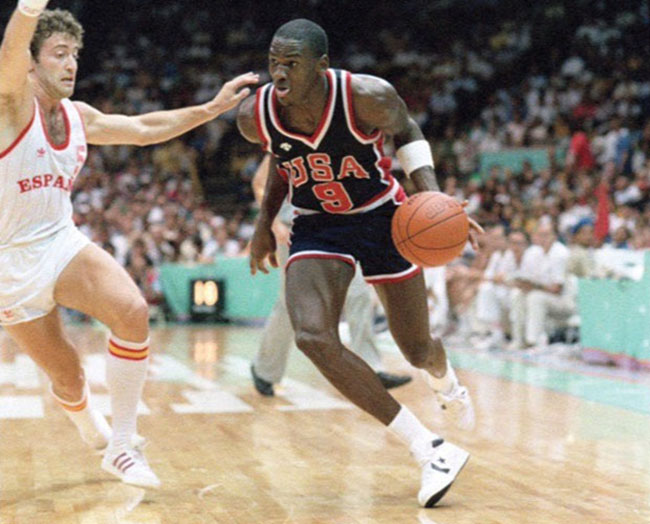