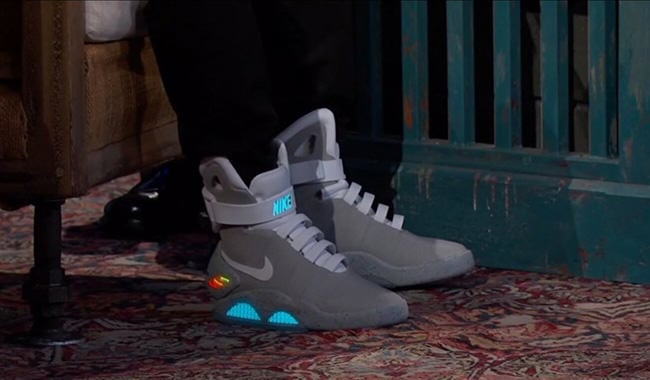 As Back to the Future Day comes winding down, there was one last hurrah. Michael J. Fox was a guest on the Jimmy Kimmel Live show tonight which he shared with the audience and viewers the 2015 Nike Mag with Power Laces.

Earlier today Michael J. Fox posted a video on his social media account of the Nike Mag and the Power Laces, which are self lacing. When Fox arrived to the set of Jimmy Kimmel Live, he did so in Back to the Future style. Dressed like his character from the movie, Marty McFly, he pulled up in the DeLorean with none other than Christopher Lloyd who was dressed as Doc Brown. At first, Marty had on the Nike Bruin, a shoe he was seen wearing in the film as well but shortly after he would debut the Nike Mag 2015. 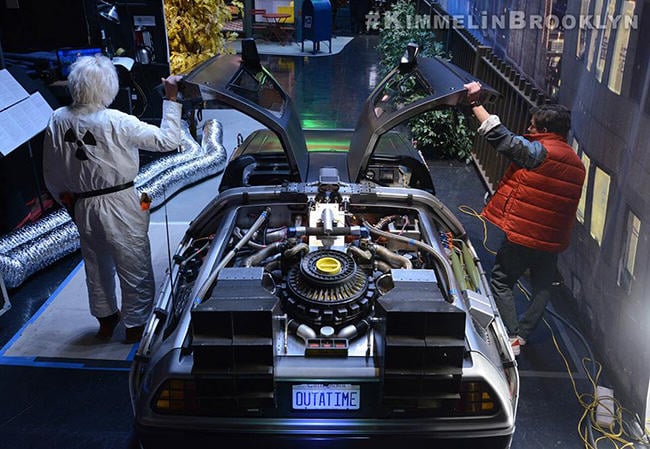 Check out the video below of Michael J. Fox self lacing up the Nike Mag 2015. For those that missed our earlier article, the Nike Mag will release during Spring 2016 in the form of another auction. Do you plan on grabbing a pair next year?