HomeOther SneakersMatthew Dellavedova Has His Own Signature Shoe

Matthew Dellavedova Has His Own Signature Shoe

By Brian Betschart
Jun 2, 2016
In
Other Sneakers 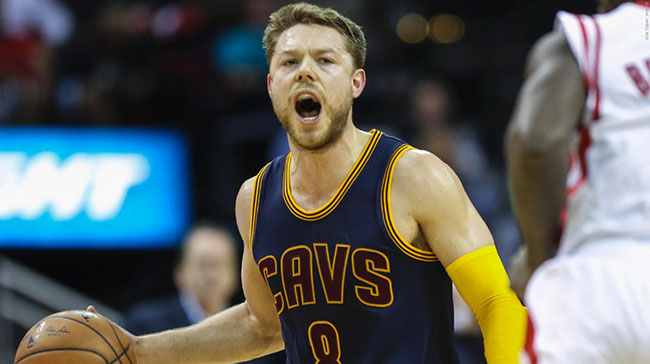 No, the title isn’t a joke, Matthew Dellavedova has his own signature shoe which he debut tonight in Game 1 of the NBA Finals. Now, not to take away from Dellavedova as he plays hard and brings a lot of spark to the Cavs, it’s just a certain caliber player usually has his own signature shoe. Well that has changed as Peak signed him and was seen wearing the Peak Delly 1.

Here is an excerpt from what Matthew Dellavedova had to say about his signing with Peak.

“PEAK Australia approached me nearly two years ago with the idea of introducing a basketball shoe into the Australian market” Dellavedova said. “From there, talks became more serious in the past year and PEAK worked hard on developing a shoe that offers the type of reliability and performance that drives me every day. It’s pretty special. I can’t wait to unveil them for the first time later this year”.

PEAK Australia Managing Director Greg Bickley, said that Matthew had worked extremely hard on the development of the low cut ‘Delly 1’ shoe. “Matthew was very specific about what he expected from the performance of the shoe and we were delighted to be able to work with him to achieve a signature range for Matthew as a champion Australian NBA player”.