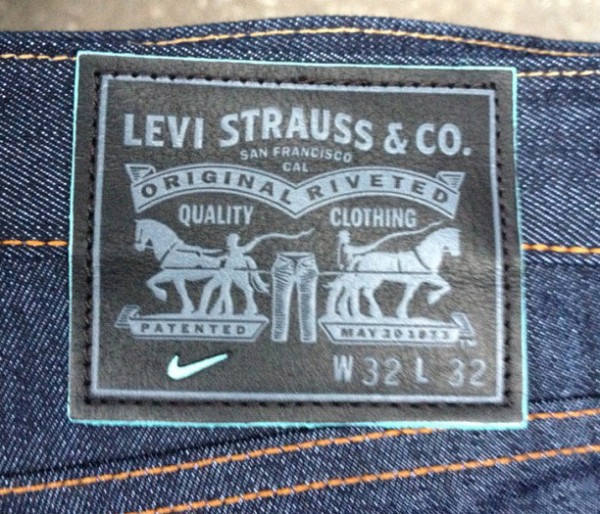 Set to debut later this Summer, another teaser image has surfaced of the upcoming collaboration between San Francisco-based denim giant Levi’s and Nike SB.

Said to include a number of pieces of footwear and apparel, the collection will obviously include denim, coming in Levi’s signature silhouettes with Nike’s Dri-Fit technology. Pictured here is a branding tab from the denim, resembling the classic Levi’s patch, but coming in black and also sporting the Swoosh.

Dropping on July 4 at select retailers, stay tuned for more looks at the collection leading up to the release.