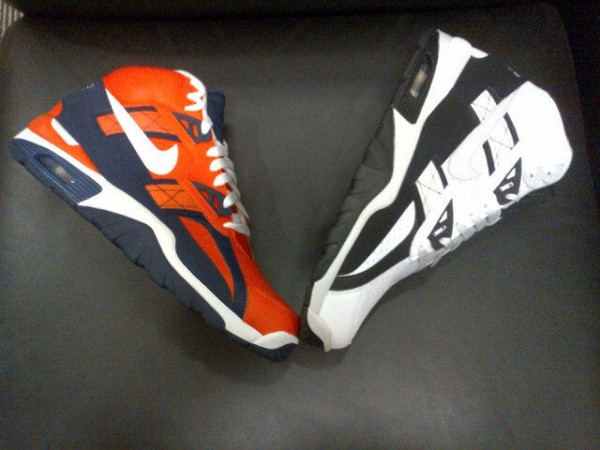 With Nike taking over NFL licensing duties beginning with the upcoming season, the brand is set to introduce a number of football-related kicks, including the return of some classic training silhouettes.

Previewed earlier today by Nike Sportswear’s own Gentry Humphrey, here are two upcoming colorways of the Nike Air Trainer SC High. Said to be dropping in various colorways as a tribute to the uniforms of NFL teams, these iterations of Bo Jackson’s signature kicks seemingly pay homage to Jackson’s own Raiders as well as the Bears, with the blue and orange colorway also working as a nod to Jackson’s alma mater, Auburn University.

While a release date is currently unknown, look for these in the latter months of 2012.