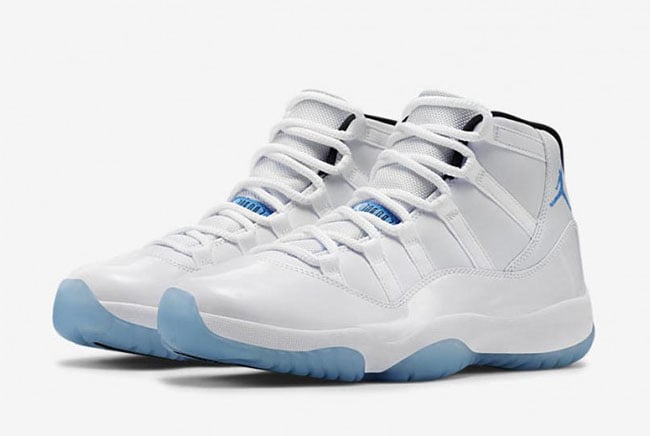 Jordan Brand continues on with the restocks without giving any notice. One of the pairs that just arrived to the SNKRS App is the ‘Legend Blue’ Air Jordan 11.

While the shoes appear a lot like the ‘Columbia’ Air Jordan 11, Jordan Brand used a slightly different Blue which is known as ‘Legend Blue’. Jordan Brand accounts had originally released this pair on December 20th, 2014 and almost two years later, the shoes are being released once again in limited form.

For those that are interested in trying to purchase the Air Jordan 11 ‘Legend Blue’ can do so from the Nike SNKRS App. If you are trying to get them online, you can click here. As a reminder, the shoes retail for $200 so don’t worry about paying reseller prices. Let us know if you get lucky by visiting the comments section below.