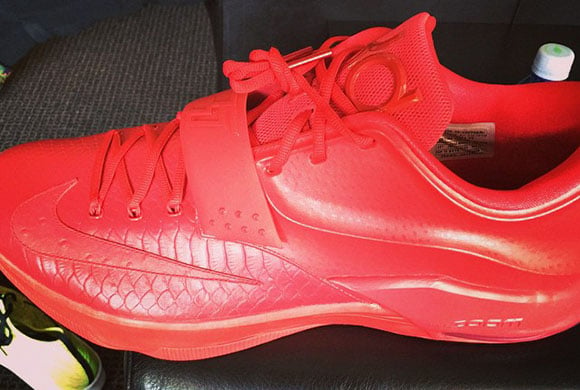 Not long ago, Nike released the KD 7 known as Global Games, an all red pair that sold out fast. Recently Kevin Durant took to Instagram to show off his version of the shoes.

Since a similar pair already released, this version of the Global Games KD 7 will more than likely not hit retailers. If you want a pair, you probably have to be a friend of the family.