HomeAdidasKanye West Says adidas is Making a Million Yeezys in 2016

Kanye West Says adidas is Making a Million Yeezys in 2016 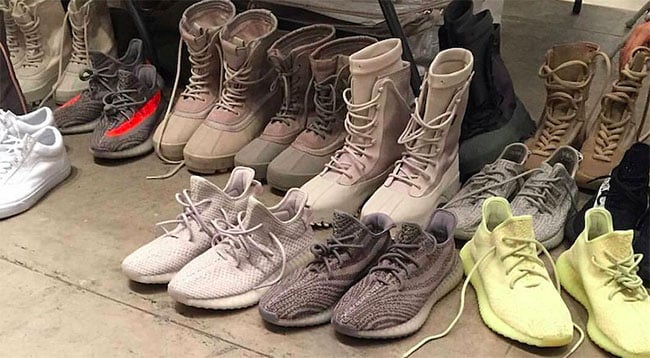 One of the biggest downfalls of the adidas Yeezy line is the availability. It seems like with every launch a bunch of people strike out. However, this also helps drive the hype of the shoes so it’s definitely a love hate relationship.

With that being said, Kanye West recently gave us some news that could change things in the future for those that don’t own any Yeezy’s or have a hard time obtaining them.

According to a Tweet sent out by Kanye West, adidas is producing a million Yeezys as well as opening more factories which without a doubt, will help the long term of production.

This is exciting new to most, but we have heard before that the availability will increase in 2016 and it appears that hasn’t happened. Although that information didn’t come from Kanye West, who we feel is a bit more reliable as a source.

. @Adidas is making a million Yeezys this year, opening up new factories…