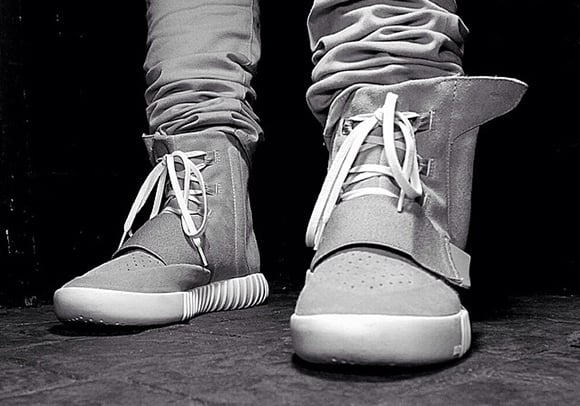 Today Kanye West sat down with Ryan Seacrest and confirmed a few things about the adidas Yeezy 750 Boost, the retail price and the amount of pairs produced.

Kanye said the shoes (Yeezy 750 Boost) come out this saturday, will retail for $350 and 9,000 pairs were produced. We knew they would drop this weekend and a rumor spread about the $350 price tag that some said was not true. But the amount of pairs produced was unknown until now. While 9,000 pairs may seem like a lot to many, let’s put this in perspective. The Legend Blue Jordan 11 had close to 500,000 pairs made, so the 9,000 number is definitely looking limited.

Below you can listen to the full interview with Kanye West and Ryan Seacrest.