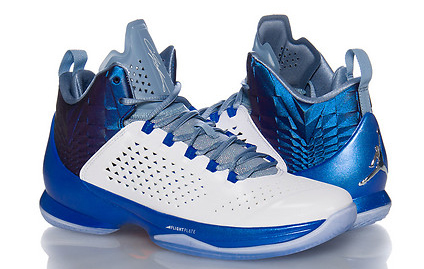 After the initial launching of the Jordan Melo M11, we haven’t heard much or even saw to many shoes release since. To be exact, only three other pairs hit retailers which was the Christmas, All Star and Red Hook Sunset. Two out of the three are apart of a bigger collection, so technically we see it as just one. But fans of the Anthony, no worries as another model his suddenly appeared and is available for purchase.

The new Jordan Melo M11 comes with a white upper while using grey on the tongue. Around the flight plate is royal blue and by the ankle is the use of metallic blue. The heel will rock a chrome Jumpman while the sole is dressed in transparent blue with a hit of orange. Nevertheless, this pair is inspired by the New York Knicks.

The Knicks Jordan Melo M11 is now available at JimmyJazz for $160. 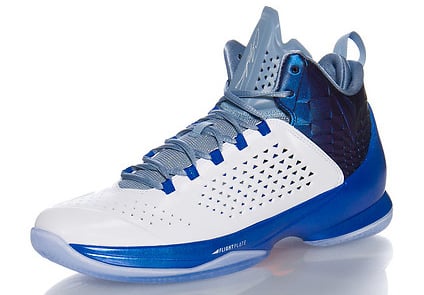 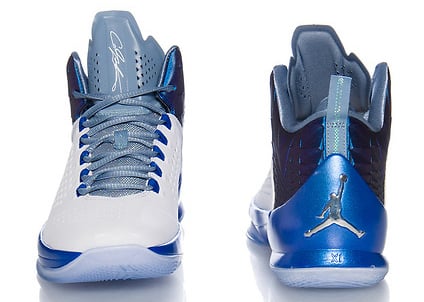