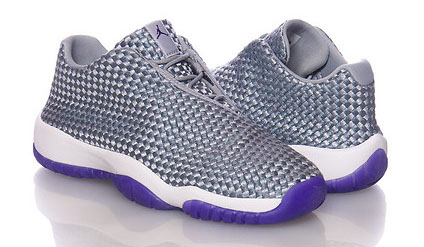 While the Jordan Future low hasn’t officially released online at the main chains, they have offered pre-orders. Those pairs are in adult sizes but now a kids exclusive has dropped at a few shops.

The Jordan Future Low GS shown features a mixture of wolf grey and cool grey through the woven uppers and liner. White will hit the midsole while purple lays on the outsole and sole.

The Wolf Grey and Purple Jordan Future Low GS is now available at JimmyJazz for $115. For now they have a full size run which features sizes 4Y up to 8Y. 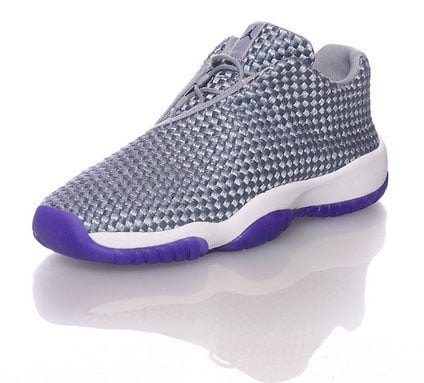 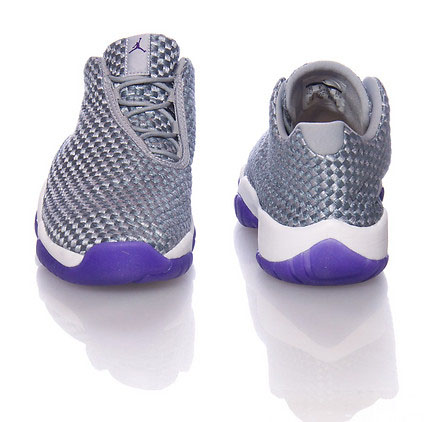 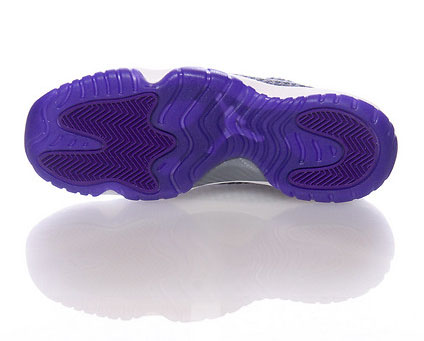