Jordan Brand Hiking Up Prices In 2014? 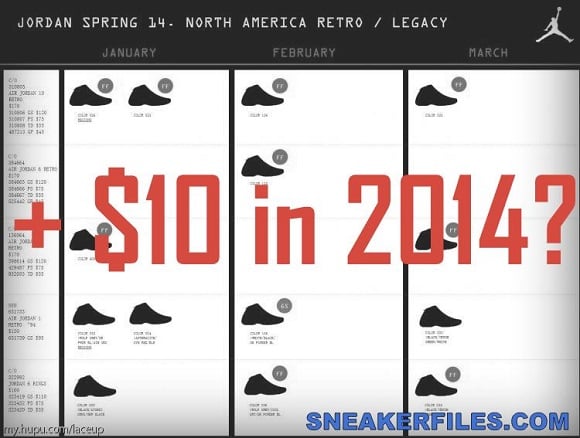 According to the Spring 2014 price sheet posted below (courtesy of @Luciferlee via Hupu), Jordan Brand will be raising prices by $10 on their Retro sneakers. While this might be upsetting to some people (ok, most people), we can’t say it wasn’t expected; with the rise in popularity of Air Jordans and sneakers in general, it’s only natural for the execs to get greedy and ask for more money, even though the quality of the products that are being sold are continually inferior to past releases. As previously reported, 2014 brings the re-release of the Air Jordan VI “Infrared” and the “Powder Blue” Air Jordan X, both of which are two of the most loved sneakers in the Air Jordan catalogue; is it possible that Jordan Brand purposely picked 2 of its most popular shoes to kick off the new price hikes, to make it harder for sneakerheads to resist ponying up that extra $10? Let the conspiracy theories begin!

What do you think about this possible price hike? Something that is inevitable and not that big a deal, or infuriating and the final straw that ends your long-running love affair with MJ’s kicks? Let us know in the comments below. Look on the bright side; at least now we have a reason to be thankful for the $160 price point! 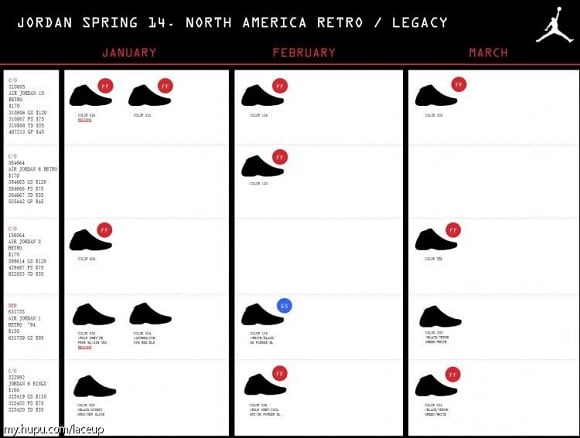