Beginning this month the Jordan Big Ups will makes it debut in a Black/ Royal colorway.

Jordan Brand’s version of a big man shoe, the Big Ups features a full length 360 Air Max unit, herringbone traction and a midfoot support frame. There are three other colorways set to release in November and the new model will be $150.

After the Jordan Take Flight, it looks like Jordan Brand is headed in the right direction with their implementation of the 360 Air Max cushion system. 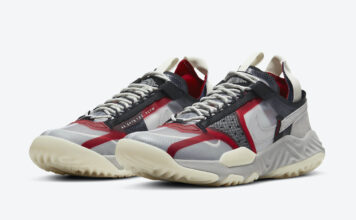