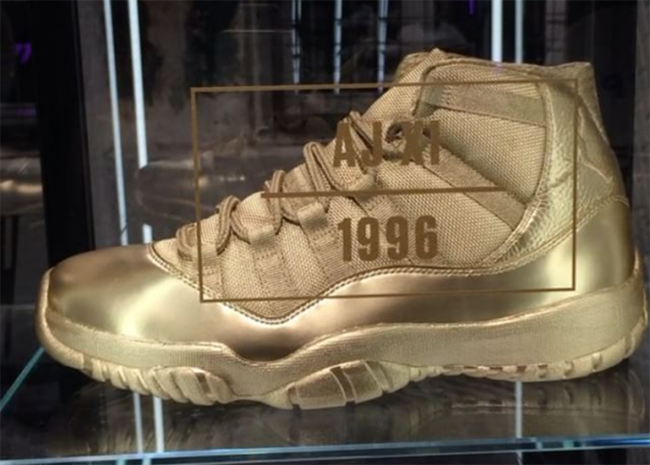 For those based in Paris or visiting during the month of November, Jordan Brand will open it’s doors to their newest store known as the Jordan Bastille store. Officially opening on November 24th, we have a preview of an Air Jordan display.

Before opening to the public, Jordan Brand had a special launch event with Ray Allen in attendance. During the showcase, he was spotted wearing the Air Jordan 11 ‘Space Jam’ release which added to the overall hype. The other standout feature of the store is the aforementioned Air Jordan display which features models dipped in either Metallic Gold or all White.

Continue to scroll below to not only check out another image of the Air Jordan display at Jordan Bastille, but a short preview video. Like mentioned, the store will open on November 24th, 2016. 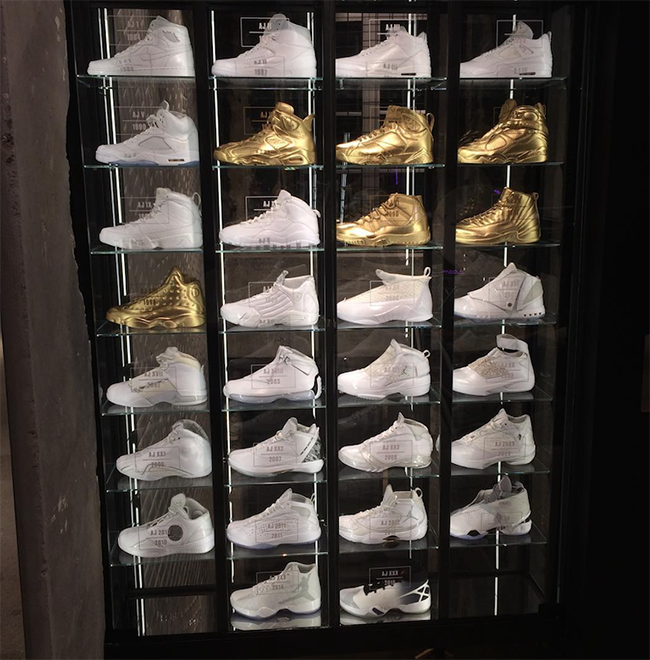