You Can Buy the Jordan Air Spike 40 ‘Fire Red’ Early 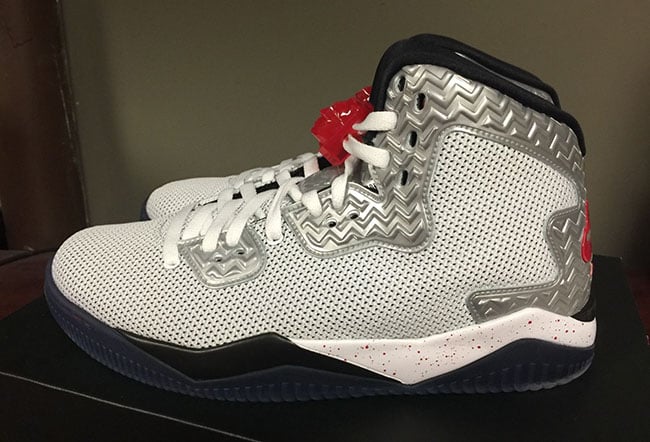 According to the color description, this Jordan Air Spike 40 comes dressed in white, fire red and black but it appears that there is more that meets the eye. We have a shade of grey covering the metal-like plating around the collar, heel and eyelets. Through the mesh base appears to be yet another use of grey, however this could be due to lighting. Fire Red is then speckled across the white portion of the midsole while black fills in the rest. Other details include fire red on the Spike Lee lace jewel and dark tinted translucent blue outsole.

The set release date for the white, fire red and black Jordan Air Spike 40 is scheduled to release on October 28th, 2015. A retail price of $180 is guaranteed. Once additional detail and imagery becomes available we will let you know.

Update: Although we are a week away from the Jordan Air Spike 40 ‘Fire Red’ release, you can purchase your size early on eBay. 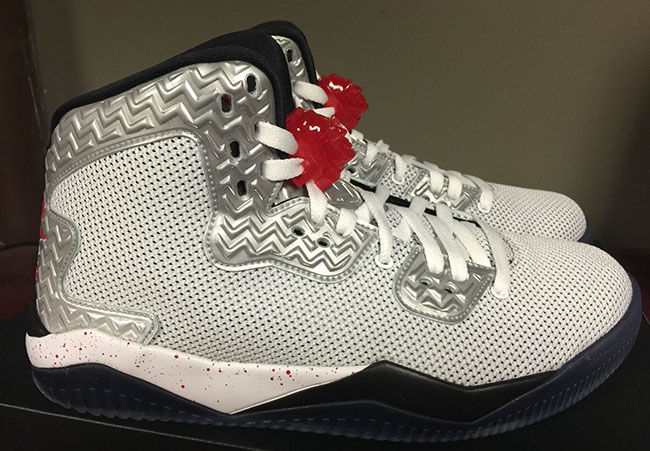 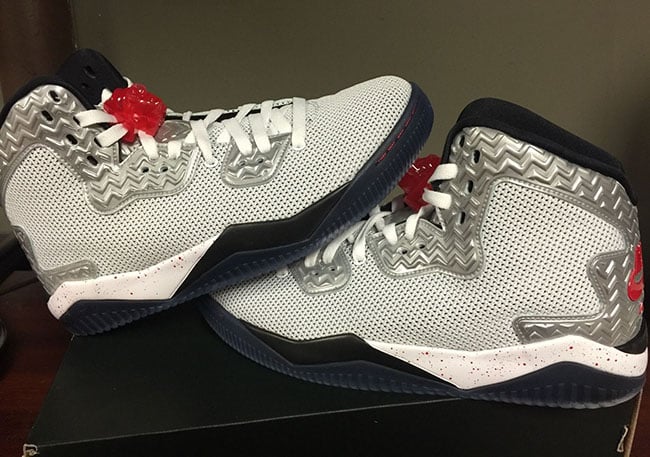 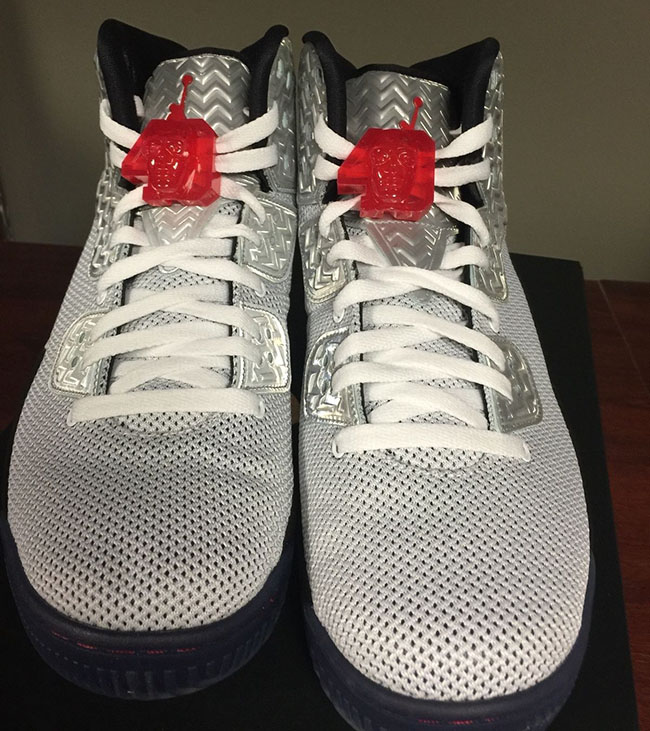 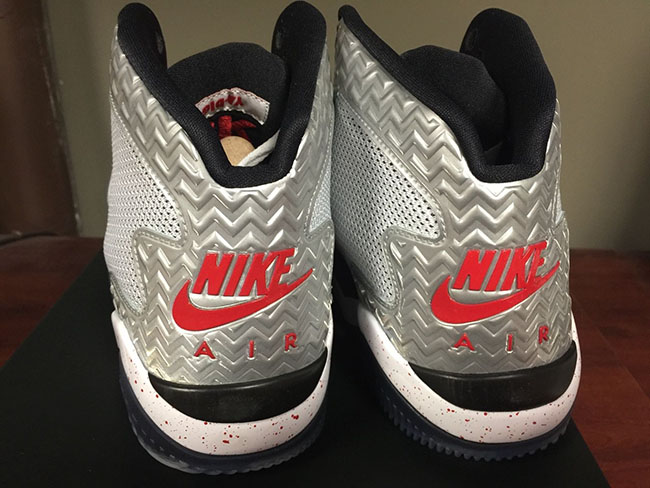 Update: Today we have a confirmed release date for the ‘Fire Red’ Jordan Air Spike 40 which will launch on October 28th, 2015 at retailers like Rock City Kicks. 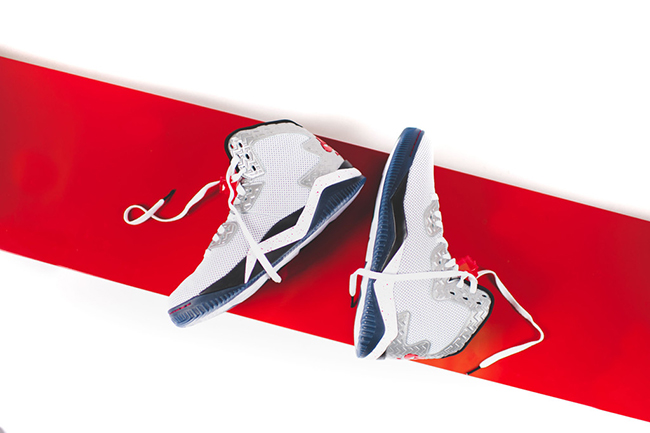 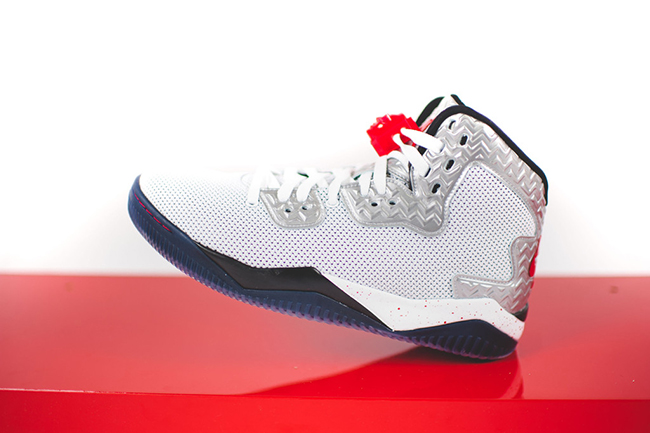 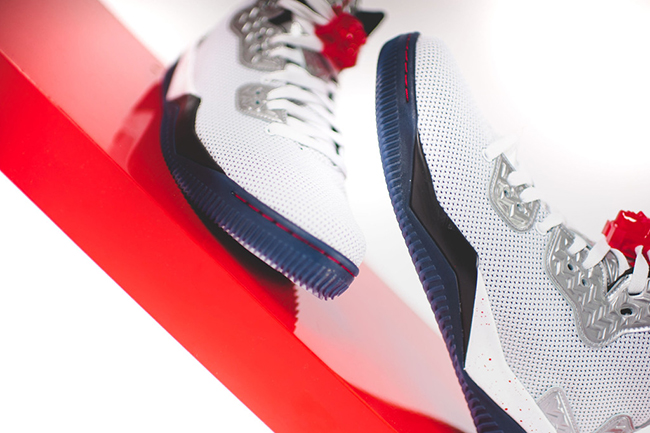 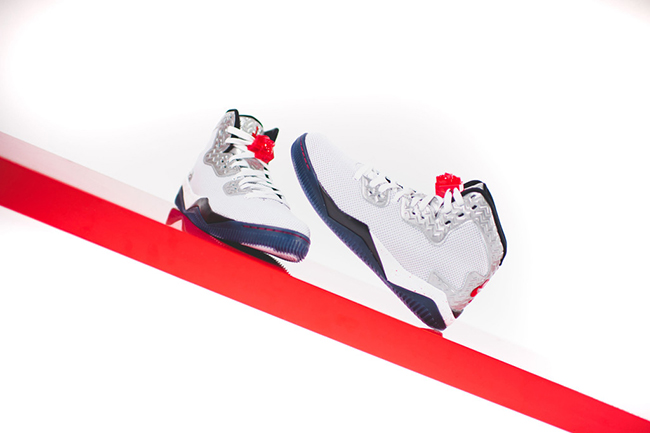 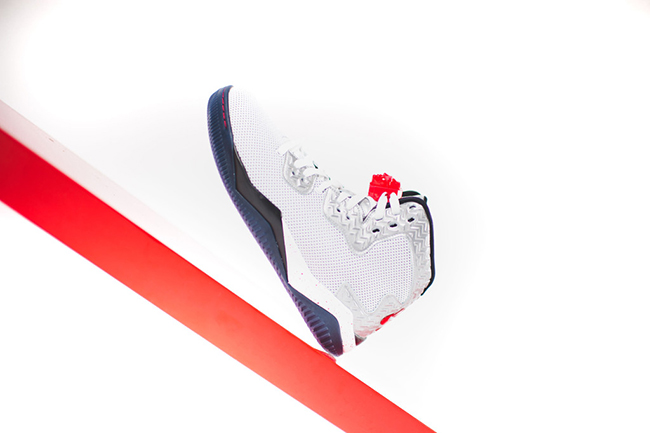 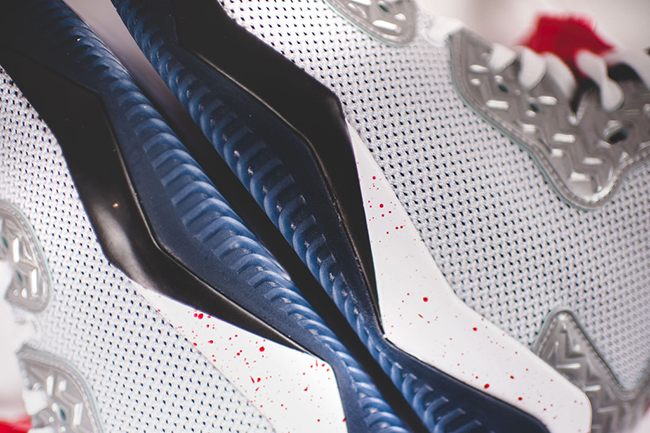 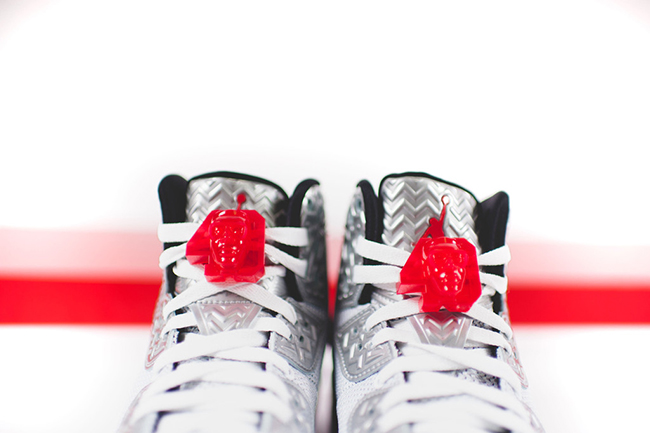 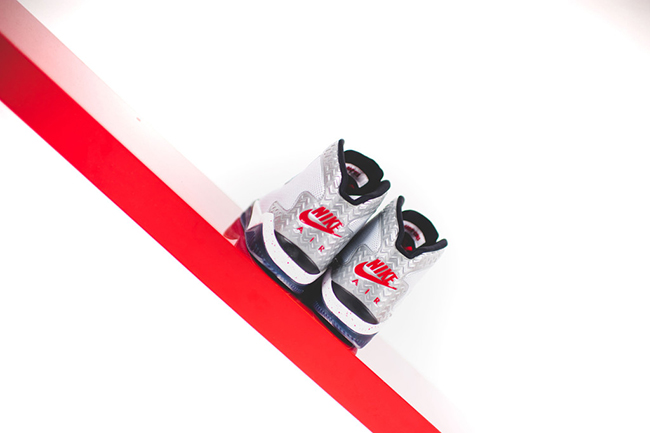 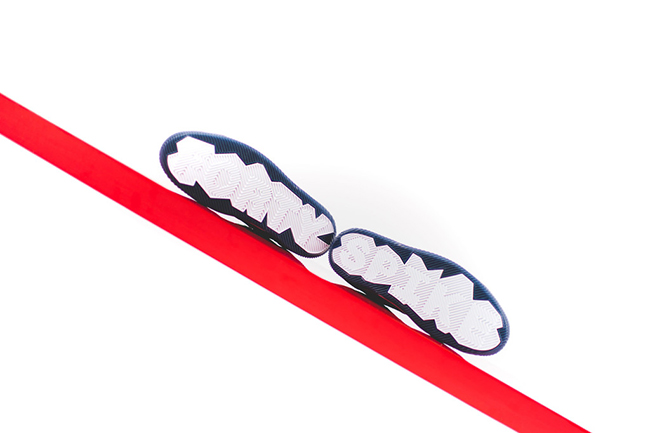 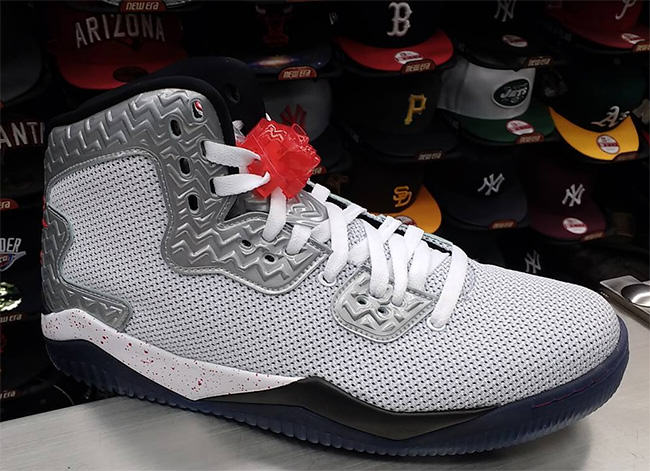