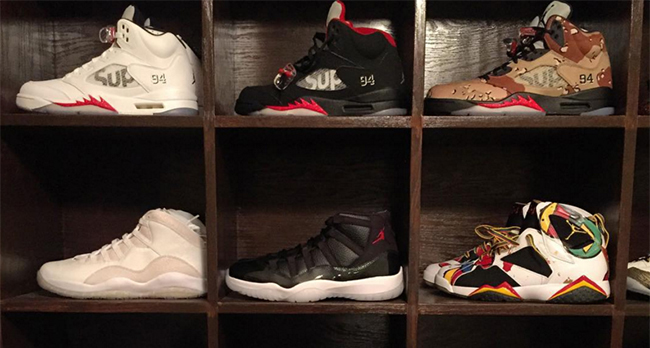 When you are signed to Jordan Brand, there is no release that you can’t get. But that should go without saying as we have seen the hauls players receive. The Cleveland Browns cornerback Joe Haden recently showcased his latest additions with a quick captions saying “Thanks Mike”.

Most of the releases shown are newer and some haven’t released yet. For example we see the three pairs of the Supreme x Air Jordan 5s, OVO Jordan 10, the Air Jordan 11 72-10 and Maroon Air Jordan 6. There are a few other gems showed like the BIN Jordan 9s and more.

Below is a larger image of Joe Haden’s Air Jordan showcase and while you’re at it, leave a comment naming every shoe displayed or stating which pairs you own. 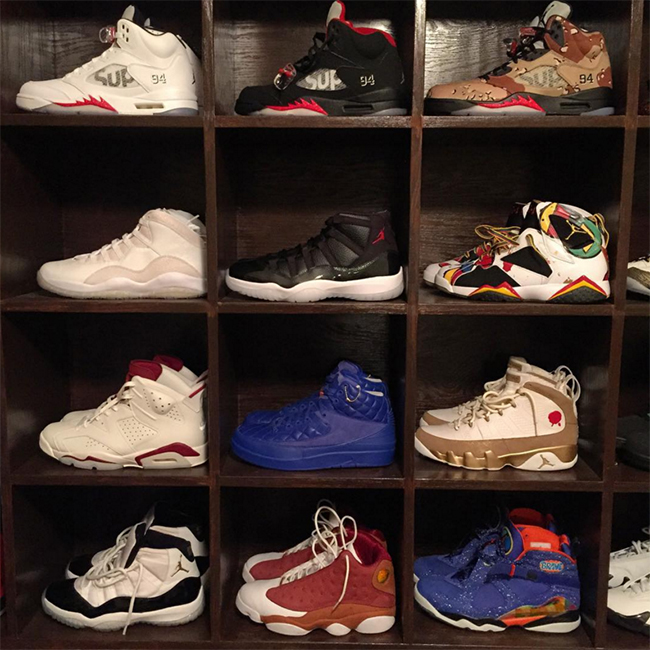