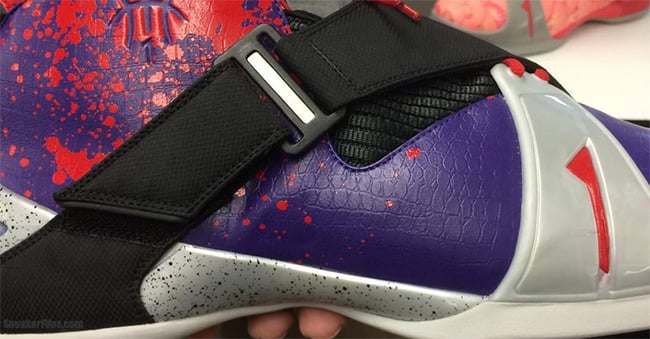 All Star weekend will be packed with sneakers from all the brands which will include none other than adidas. Besides their current signature athlete models, retro releases will come and today we take a first look at the adidas TMAC 5 ‘All Star’ 2016.

The shoes feature a purple, red, black, grey and white color scheme which represents the time when he played for the Toronto Raptors. Taking a closer look, you will notice the uppers have a scale print using purple while red is splattered around the collar. Grey and white mix it up on the midsole with a speckled overlay.

At the moment, it isn’t known if the ‘All Star’ adidas TMAC 5 will actually release, McGrady stated that he will be “sporting these” during All Star weekend. If they do drop, expect them to be around February 13th, 2016. Let’s just hope if the brand follows through with this pair that they actually hit stateside retailers. 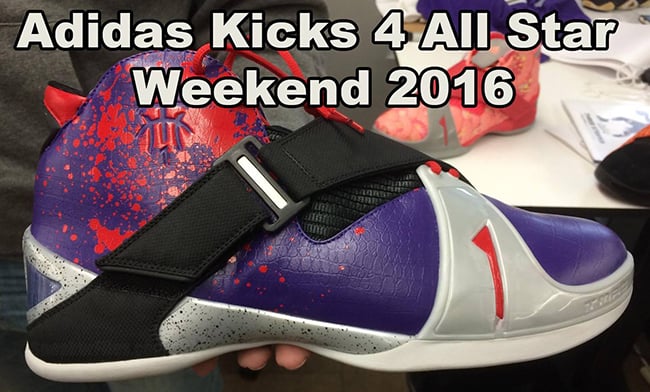