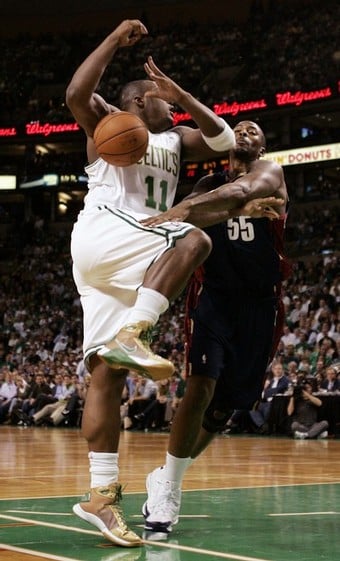 The Celtics began the 2008 NBA season thinking about last year, (Boston doesn’t forget, Johnny) as the squad relived the glory of their ’07 ‘Chip. Rarefied Air was fairly ubiquitous on Opening Night, with Ray Allen breaking out these and Rajon Rondo not sporting some Reeboks. Glenn “Big Baby” Davis rolled out in an incredible gold/green pair of Nike’s inventive Hyperdunk. Don’t mind that they look like they’re going to be split in half by Davis’s calf, just pretend they’re on your feet and you’ll be good. Via Yahoo Sports