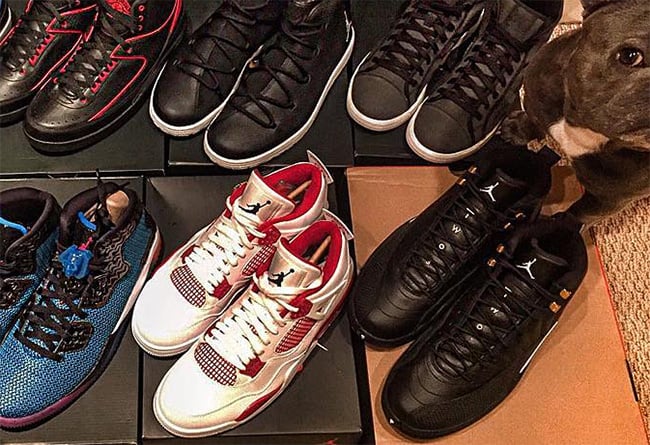 Gio Gonzalez who is on the Team Jordan Brand roster is always showing off his recent gifts from the brand. Today he did once again showing the haul he received just in time for Christmas.

Gio Gonzalez received a ton of Air Jordan retros that will be releasing during the next couple of months. Sports is the Air Jordan 12 ‘The Master’, Air Jordan 2 ‘Radio Raheem’ and ‘Alternate 87’ and Air Jordan 4 ‘Alternate 89’. Now what you can also see is a new lifestyle model which is unknown at this moment and a pair of Air Jordan 1 that looks to feature a hologram on the side swoosh. Other than that you have a new pair of the Jordan Air Spike 40 and the Jordan Galaxy.

Below is a larger image of what Gio Gonzalez has received from Jordan Brand which shows off what is coming in the near future. From the photo, which pair(s) are you planning on buying in 2016? 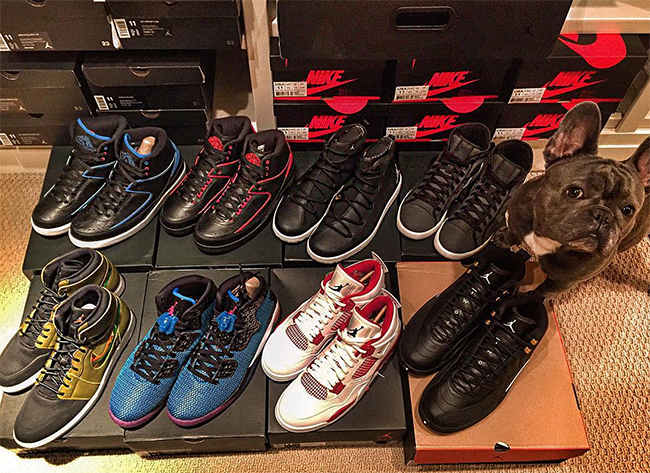