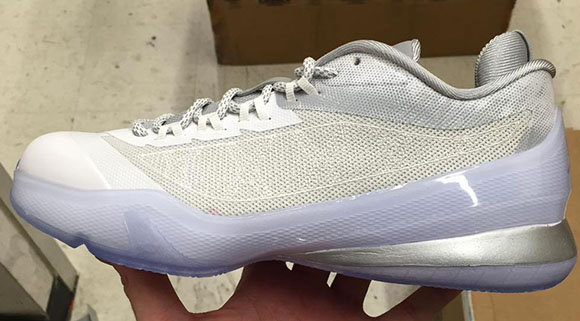 After showing a list of Jordan Brand’s All-Star lineup for 2015 finally one of the images have surfaced. We now have our first look at the Jordan CP3.VIII All-Star.

Just like we expected, the Jordan CP3.VIII AS uses a similar theme to those of the Laser releases celebrating 30 years of Jordan Brand. What stands out the most is the icy blue tinted counter outsole which overall adds more appeal. White dresses the toe box while pure platinum comes crashing in around the collar and tongue.