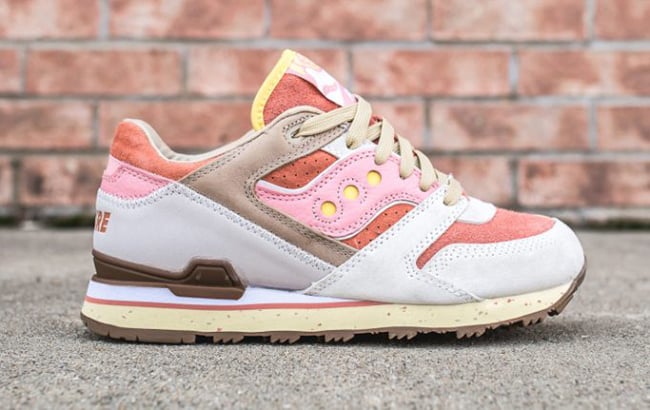 Feature is teaming up with Saucony for another collaboration. Inspired by the breakfast dish, we have the Feature x Saucony Courageous ‘Bacon & Eggs’ collaboration.

The Saucony Courageous features satin and washed suede uppers along with nubuck panels done in Off-White and Pink details. Saucony’s ’S’ logo features a Pink leather, while the medial side sees Off-White leather paired with Pink 3M dots for a contrasting touch. Feature branding is placed along the TPU heel counter, as well as on the custom woven tongue label and atop the bacon & egg graphic insoles.

Other details include a reflective tongue trim and heel tab, intricate overstitching on the rear panel, and a speckled midsole. Matching the shoes, Feature has designed t-shirts and hoodies.

The Feature x Saucony Courageous Bacon & Eggs will release on December 10th, 2016. They will be available at 10AM PST online and in-store at 11AM PST. 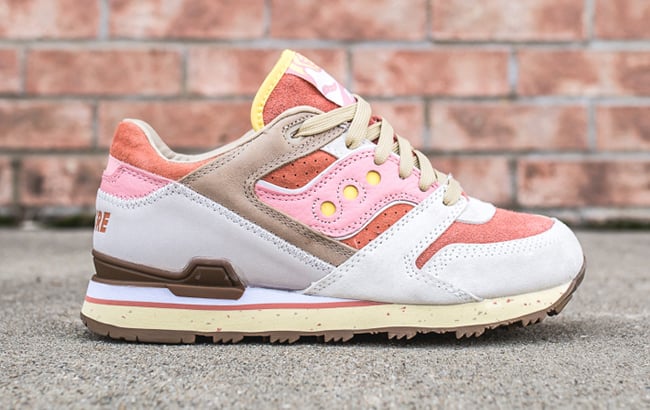 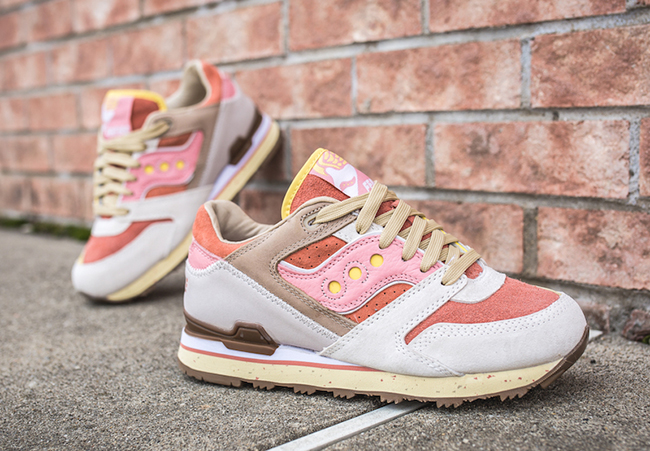 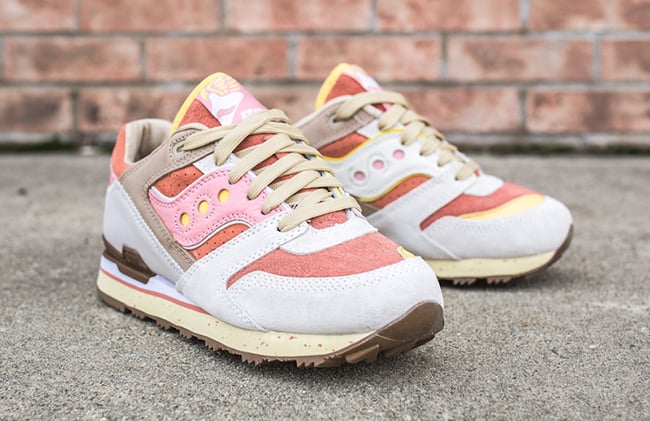 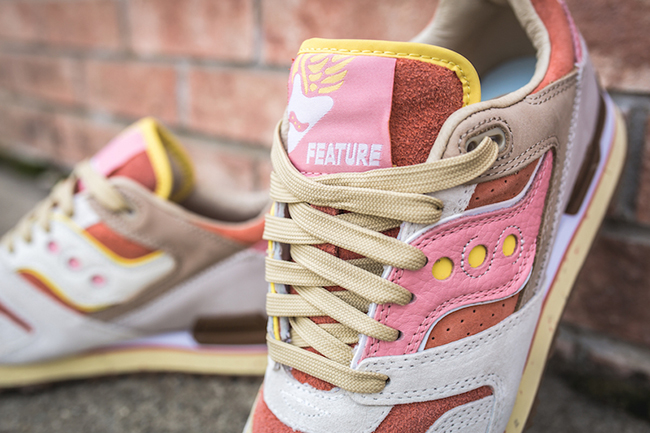 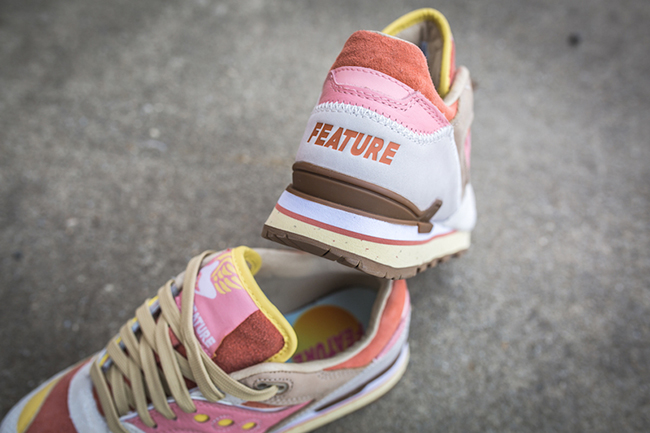 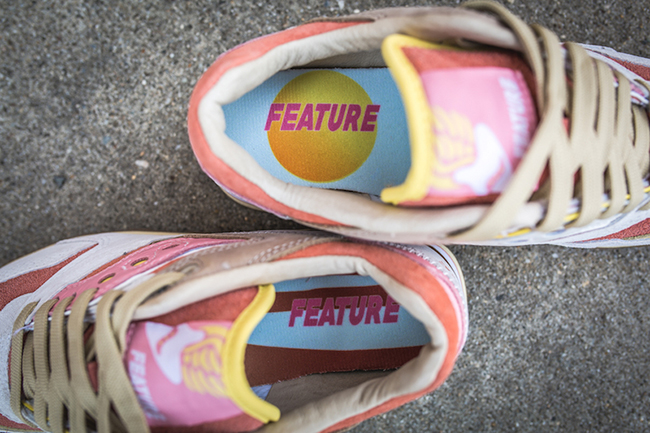 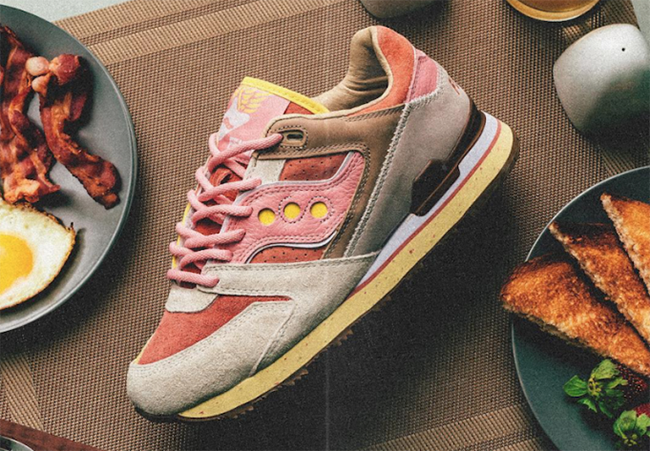 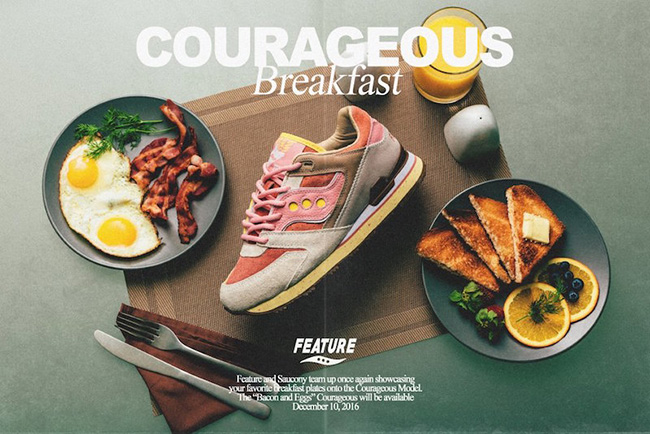 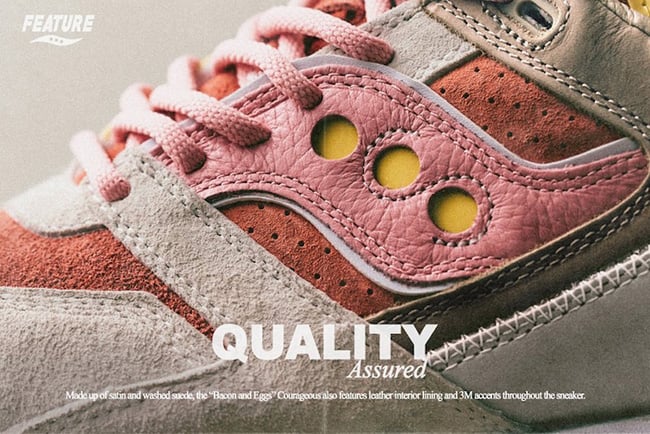 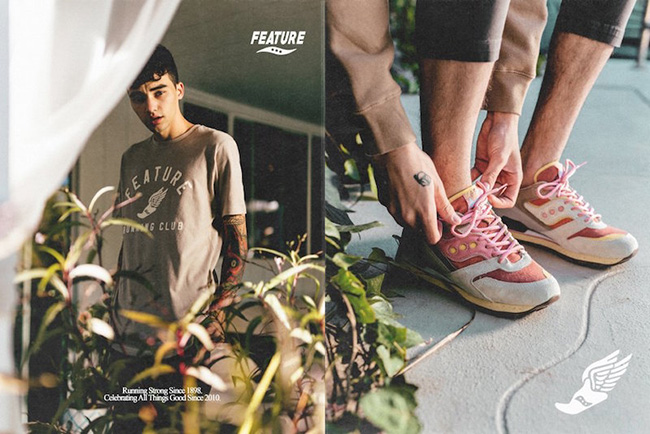 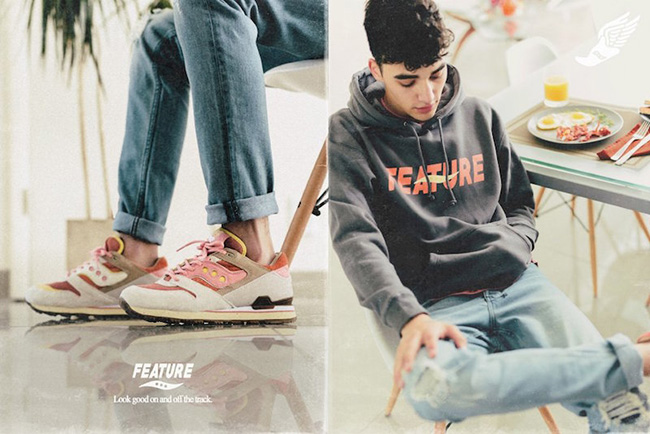 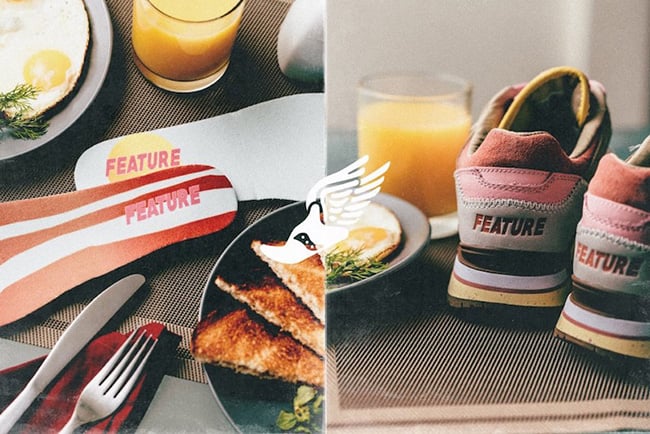 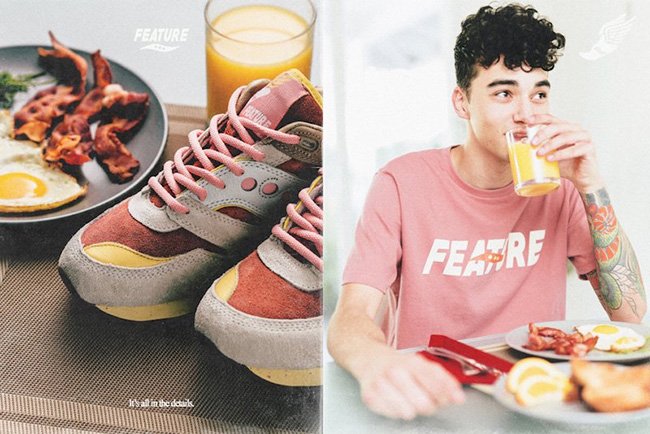 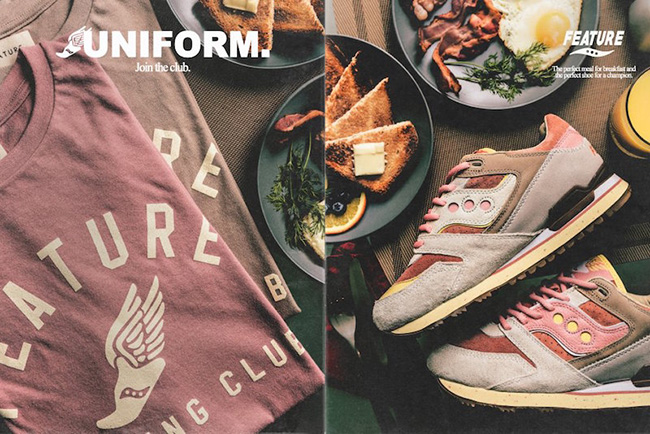