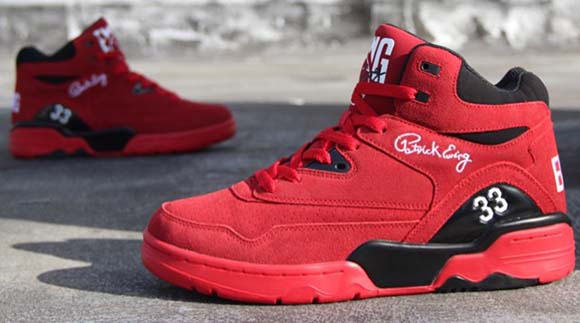 Ewing Athletics will take one of their models and dress it up in red suede with black accents. The model used is the Ewing Guard. We knew it was a matter of time before the Guard jumped on board with predominate red sneakers.

As stated, the Red Suede Ewing Guard will use mainly red uppers with, you guessed it suede material. Accenting part of the midsole, collar and outsole is black. Red is again used on the midsole while white lands on the tongue, Patrick Ewing’s signature, his number 33 and the heel.

While a release date was not readily available, Ewing Athletics has promised that the Guard ‘Red Suede/Black’ will release this month. Stay tuned for more images and details on the release.