Discussion: Nike to Acquire Under Armour? 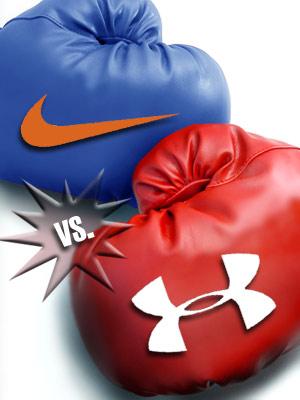 CNBC reported that the London Times suggested that Nike has interest in acquiring Under Armour. We won’t get into the technical terms on how much money per share Nike will buy to acquire Under Armour, one because this acquisition is merely a rumor and not set in stone and two because the basis of this story is that Nike could potentially make an intimidating, fast-growing rival come under its umbrella. Nike in the recent past has made moves to acquire other brands to gain more assets and most importantly eliminate competition. Nike has taken control of Converse in 2003 and London’s own Umbro in 2008.

It has been reported by Bloomberg that a representative of Nike said rumors of Nike looking to acquire Under Armour is false; however, this could very well change in the near future. We will take a look at how this acquisition can affect the sporting goods industry and how it can affect Nike and Under Armour.

When a parent company buys out another firm, many different outcomes can arise. The bought firm could lose its name and dissolve like Cingular Wireless did when it was bought by AT&T. What can also happen is the acquisition becomes a merger when the two sides completely intertwine operations and act as one. The other outcome is when the parent company assumes control of another but lets the firm retain its name and direction. When Adidas bought Reebok back in 2005, the Reebok brand did not disappear. Adidas let Reebok continue its original operations and remain a separate entity. This deal was very significant because this move essentially created a 2 on 1 contest against Nike. North America accounts for over half of the sales from the sporting goods market, this move was a flawless one by Adidas to guarantee more control over the market in North America. At the time, the acquisition of Reebok meant the Adidas-Reebok combination had the licenses to outfit the NFL and the NBA. When German Adidas bought American Reebok, it was a nifty transaction to try to topple who else, Nike.

From Under Armour’s viewpoint, Nike’s welcoming arms can provide the extra tools for the company to meet and exceed its expectations. Something Nike can provide Under Armour that it does not have is the international market exposure. A staggering 93.8% of Under Armour’s sale revenue comes from North America. Despite the efforts of Li-Ning, Peak, Anta, and other homegrown brands in China, Nike has soared to the top as the most popular brand for the Chinese. The swoosh is more than just an icon here in the states, it is recognized and revered by everyone worldwide. In addition to exposure to more markets, Under Armour will also have less to worry about financially. With a parent company, Under Armour’s risks and losses will be managed and taken cared of by Nike. Now let’s go back to the actual products. Nike, arguably the most successful athletic footwear brand, could absorb the rights to Under Armour’s revolutionary sweat-wicking performance apparel. If Nike ever had any concern about itself competing in the sweat-wicking performance apparel competition, this would be the opportunity to immediately retract it. Would we ever see a complete merge of products from Nike and Under Armour of let us say a Nike Micro G sneaker? Probably not, but the fact is an acquisition of Under Armour will be a win-win situation for both sides. As Under Armour, a young company full of promise, continues to excel at impressive speeds, it would be ideal for Nike to lend a hand and reap even more benefits and gains in the process.

Could Under Armour be next to fall under Nike’s vast empire? What are your thoughts on this possible acquisition by Nike? Will you buy more Under Armour products if this deal is done or will this have no impact on you at all?