With his days as the Fresh Prince far behind him, Will Smith still seems to have an affinity for fly kicks. While his show is one of the best sitcoms of the 90’s, his impact on the sneaker world will soon be felt thanks to the “Bel-Air” kicks that the folks over at Jordan Brand have created in his honor. Spotted out and about, Smith was photographed rocking the Air Jordan III ’88 that released back in February. Keep reading after the jump to check out a few more looks at yet another Will Smith Air Jordan sighting and be sure to let us know which pair of “Bel-Air” kicks you are most looking forward to copping. 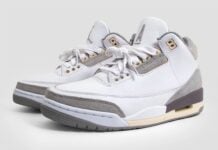 How to Buy the A Ma Maniere x Air Jordan 3 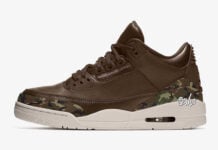