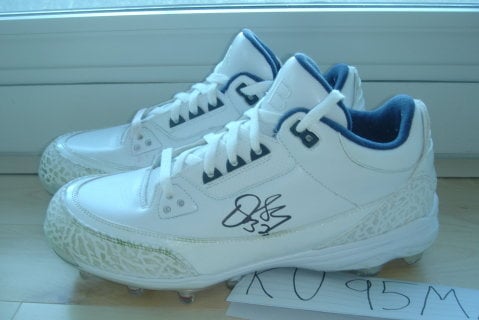 Denver Broncos defensive back Dre Bly finished the 2008 NFL season on a sour note last Sunday, as the Broncs were derailed 52-21 in sunny San Diego. The 5’10 corner completed the year with 62 tackles and 2 interceptions all in exclusive Jordan Brand product. In week fourteen against the Kansas City Chiefs, “Dre-Dre” sported this understated white/white/elephant cleated version of the Air Jordan III (3). The model offers up a “Broncos blue” inner lining and his initials, D and B, along the tongue. (Interestingly enough, Bly’s initials also stand for his position on the turf, a staunch defensive back in Denver’s 3-4/Nickel system.) Images via NikeTalk’s kumax95. 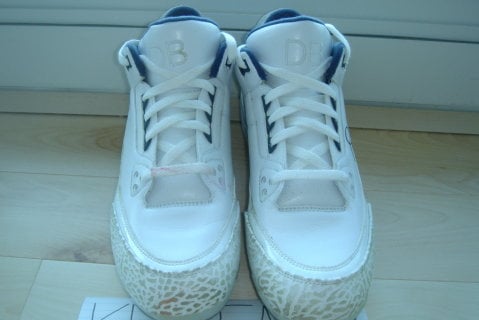 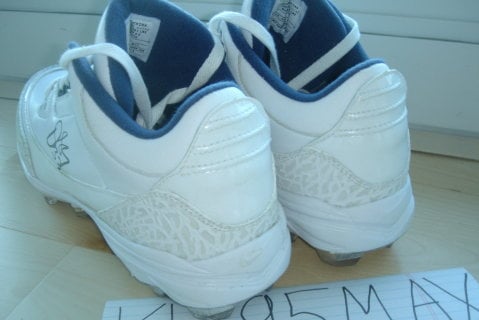