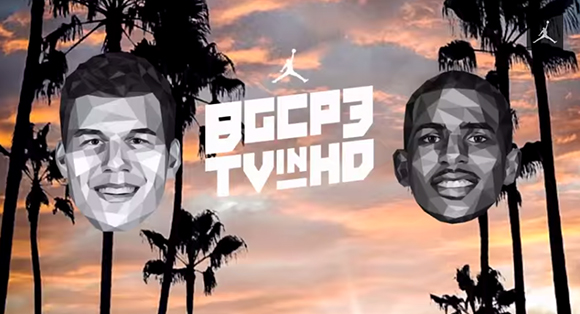 Blake Griffin who is never shy around a TV camera and Chris Paul will star in a new TV show called “BGCP3TV in HD”.

The series which will debut on Adult Swim was co-created by Neal Brennan who is known for working with the “Chappelle Show”. Both BG32 and CP3 are Jordan Brand athletes and you can see the presence in this teaser video. You will be able to see outtakes and some additional videos from Jordan Brand on YouTube.