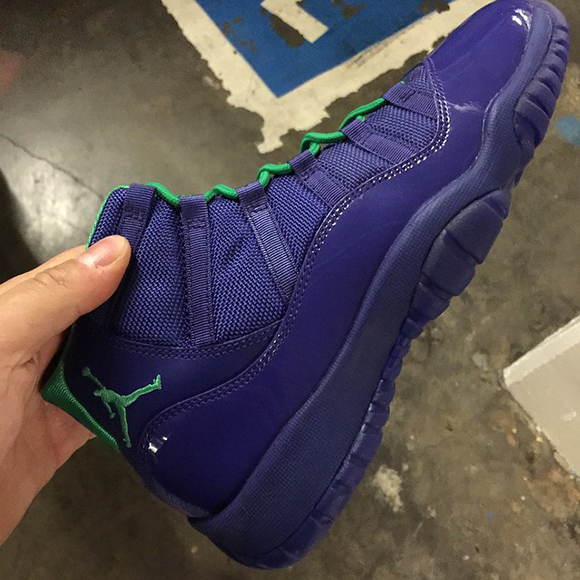 Michael Jordan who owns the now Charlotte Hornets and of course CEO of Jordan Brand has combined the two with a pair of Air Jordan 11s known as the Hornets.

As you can see, the Hornets Air Jordan 11 GS has a predominate purple upper that doesn’t stop there, they also land on the midsole. Teal lands on the laces, liner, Jumpman logo and heel.

This pair is a GS and was said to be made exclusively for his wife Yvette Prieto. So if they will ever release, time will only tell. We would like to add if JB decided to drop them, this is a colorway that would sell even in adult sizes.