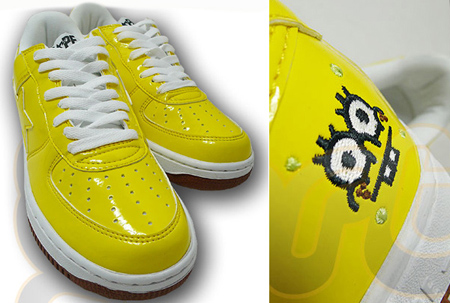 Yes, we have seen many fake sneakers featuring Sponge Bob Square Pants, but now A Bathing Ape will release a official Sponge Bob Bape Sta. As well, a Bape Sponge Bob collection is due to release.

The Bape Sta x Sponge Bob Square Pants features Yellow Patent Leather uppers, a solid White midsole, and Sponge Bob’s face at the heel. The collection will feature T-Shirts, Hoodys, a Doll and more. An actual release date is not know, but expect a release in 2008. Via Conope. 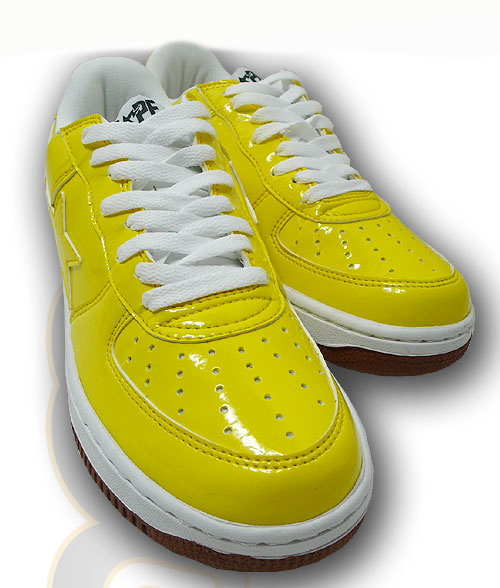 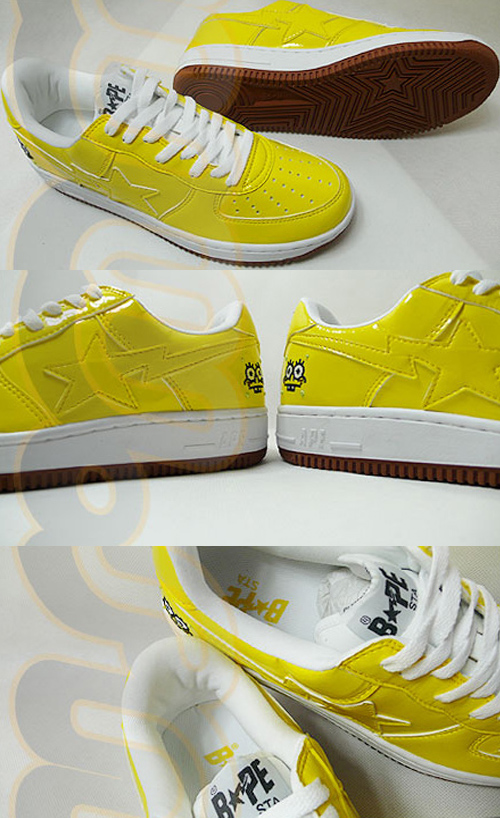 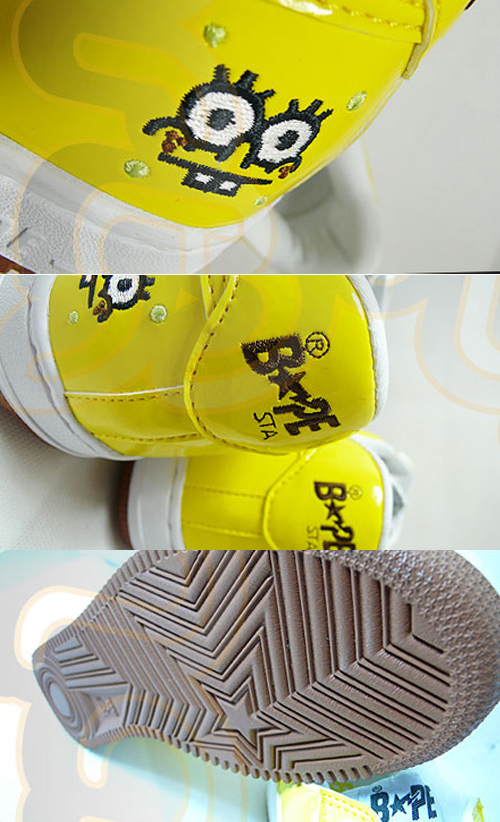