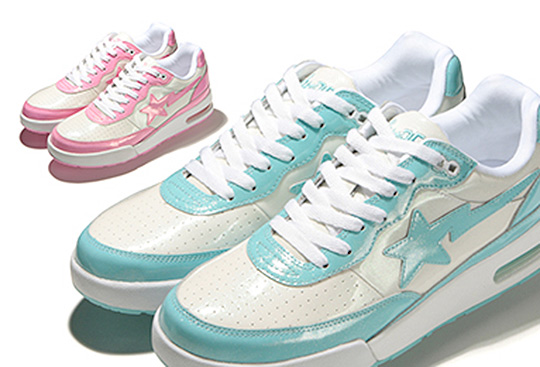 On March 6, A Bathing Ape will be releasing two spring colorways of its Roadsta sneaker. The men’s version features light blue accents and logos over a primarily white upper, while the girls’ pair comes in a classic pink. Both colorways feature all-over patent leather in the upper, the Bape shooting star logo, and an exposed air bubble in the midsole. Both pairs will be available on Bape’s web store starting March 6.