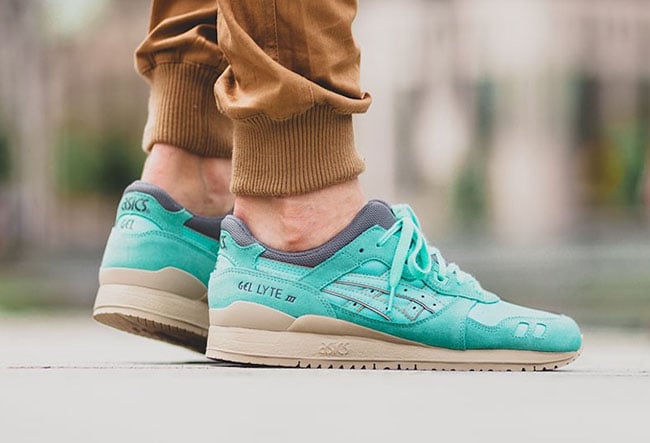 The Asics Gel Lyte III ‘Cockatoo Green’ is another Kithstrike release which exclusively launched at KITH.

The summer friendly Asics Gel Lyte III is constructed with premium materials and uses ballistic nylong and suede through the uppers. In addition, they feature a bright shade known as Cockatoo Green which closely resembles that of Mint. A few different shades of Grey are used on the liner, split tongue and outlining the branding. Completing the look is what appears to be Sand running through the midsole which extends through the outsole.

Below are additional photos of the Asics Gel Lyte III Cockatoo Green giving you a better look. Earlier today they released at KITH and it didn’t take long for them to sell-out. Since they have stated this pair is an exclusive to their store, we more than likely won’t see other retailers with them, however we can only hope for a restock. We will make sure to keep you up to date so make sure to check back with us.

Update: What was bring reported as a KITH Exclusive, the Asics Gel Lyte III ‘Cockatoo’ is now arriving at additional retailers. Currently Afew has most sizes available so act fast. 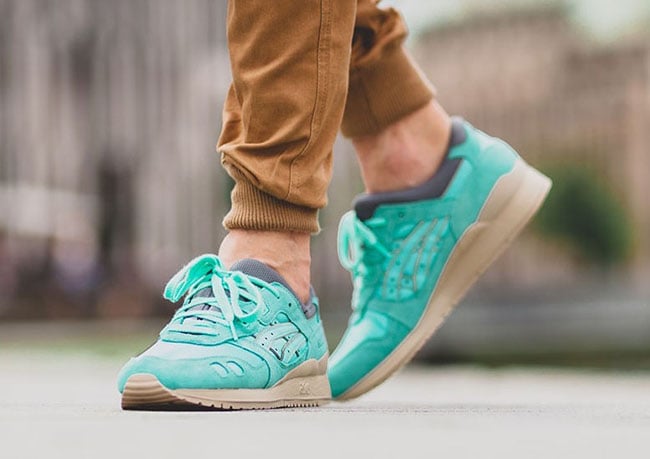 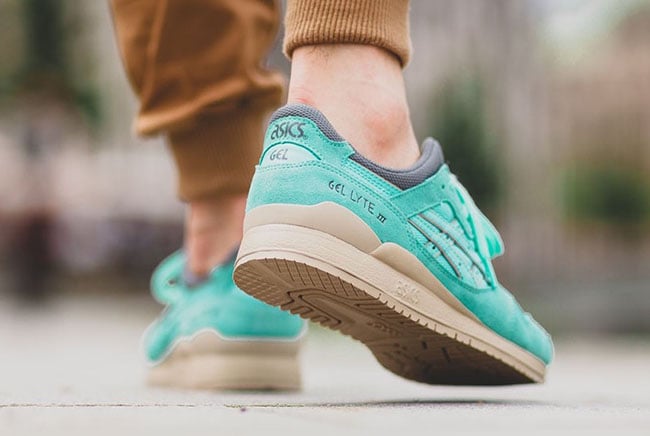 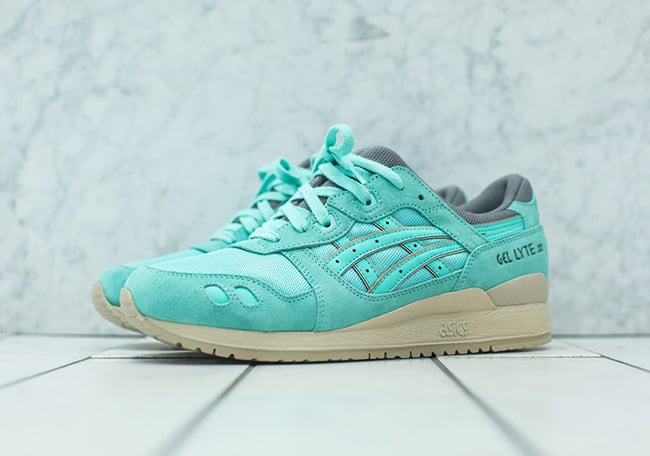 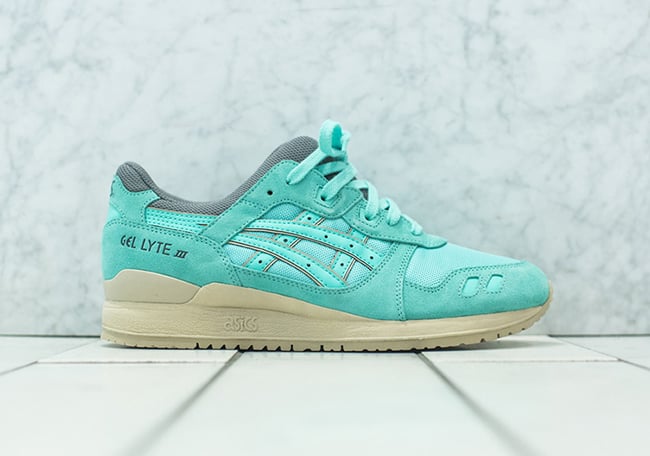 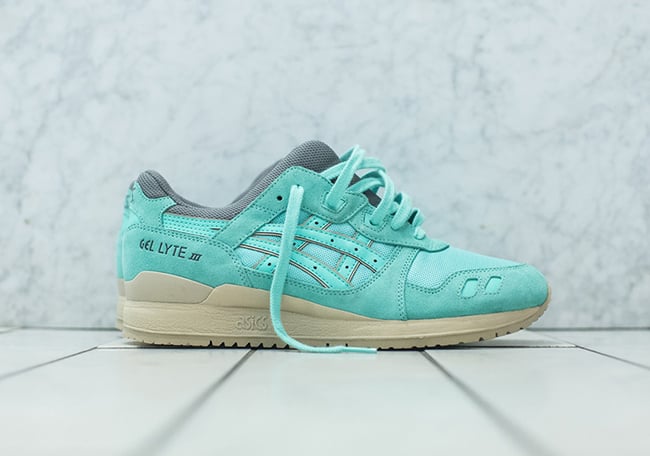 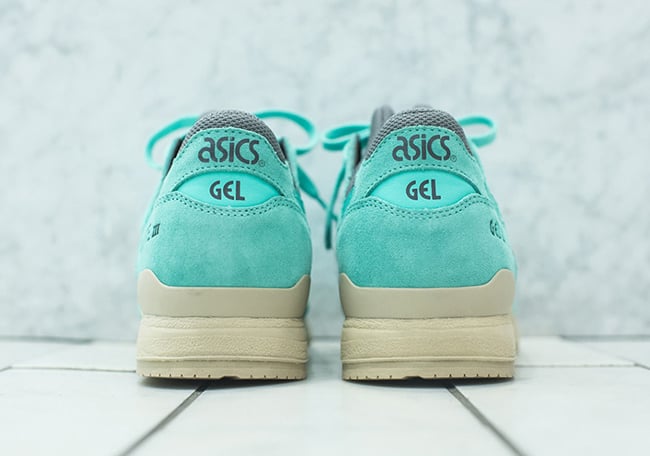 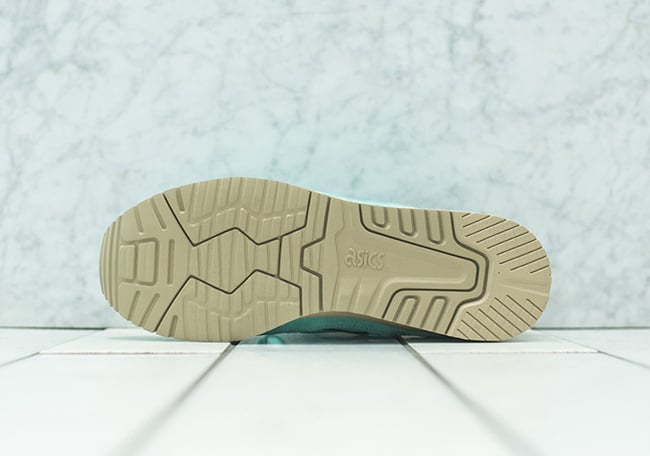