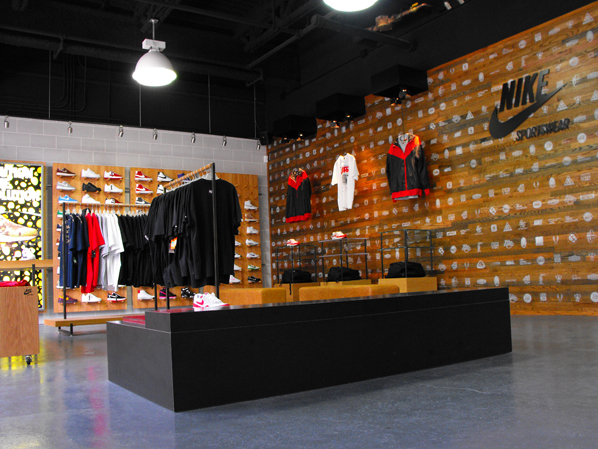 The highly anticipated, first-ever Nike Sportswear store in Chicago has finally opened its doors to the public. AKIN celebrated its grand opening on Saturday with raffles, giveaways, performances, live music and a Nike Sportswear Spring 2010 fashion show. AKIN also introduced its own brand and launched several independent brands like Potential Villain, Kiks TYO, Wrong Wroks and Royal Mindset. During the opening, there were several past releases that caught people by surprise. One of the eye-catchers was the World Cup AF1 Pack in full size runs and older patent leather Air Force 1’s that released in April 2006. Not only does AKIN cater to the Nike Head, but they also pay attention to the Jordan Head with box prices for just about every release that has been in demand these past few years. AKIN also carries Converse, Puma, Adidas, Countdown Packs, limited Quickstrikes, and other heat you may have missed – all for retail. They most likely will have your size, but call and check first. Enough with the talk though, this is a place you will have to check out for yourself. 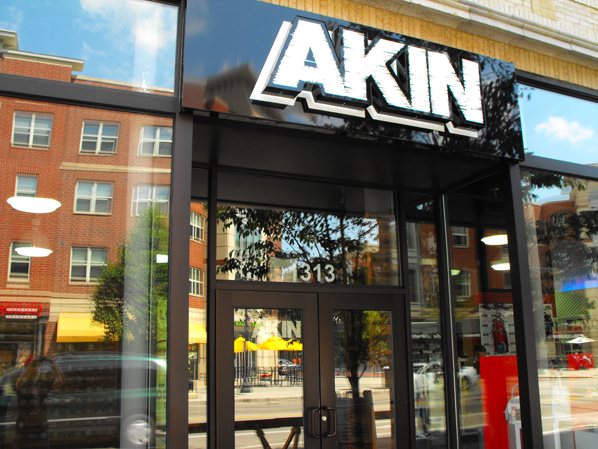 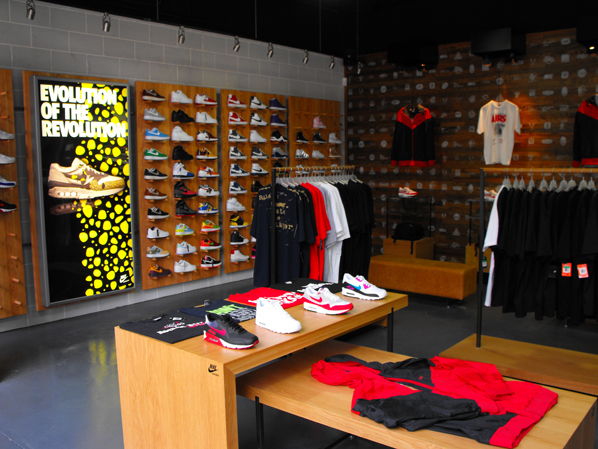 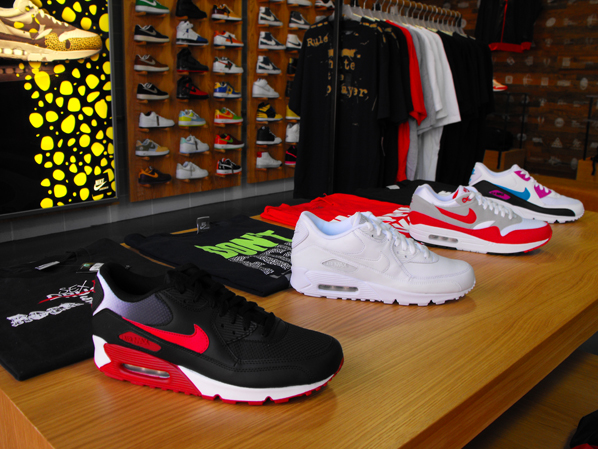 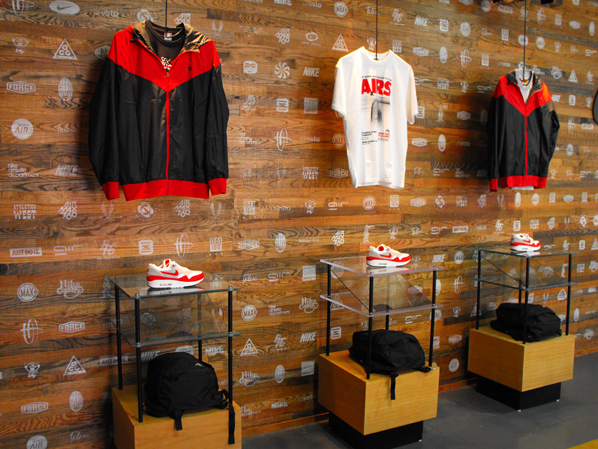 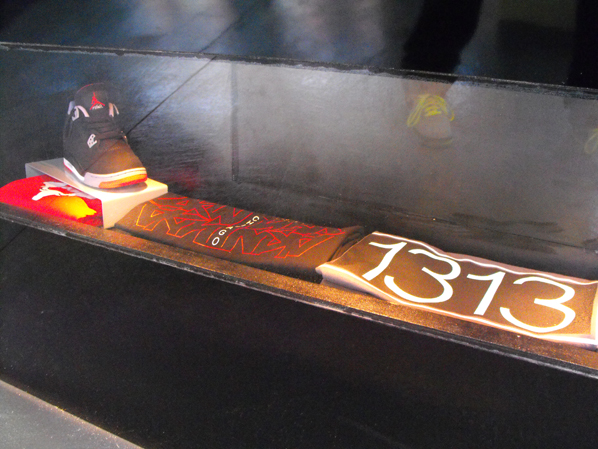 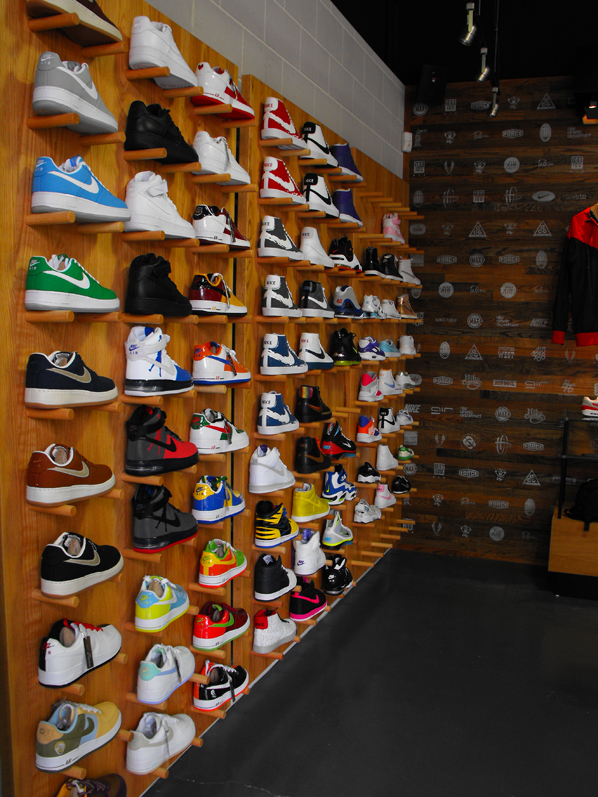 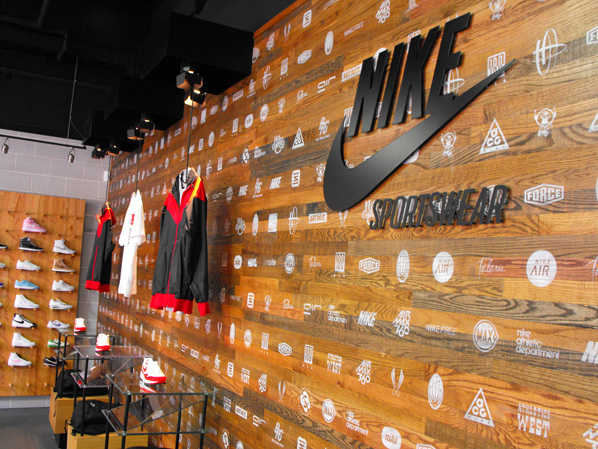 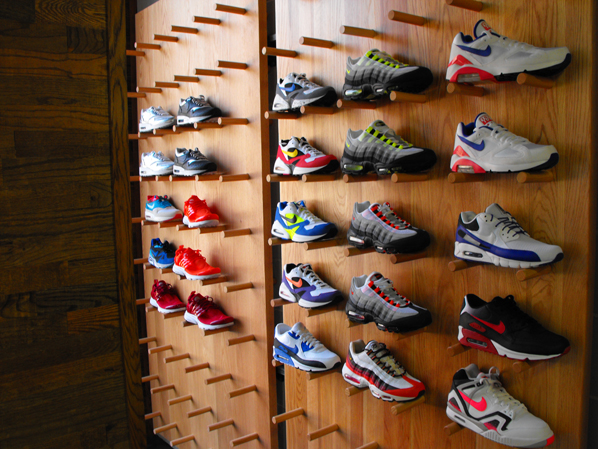 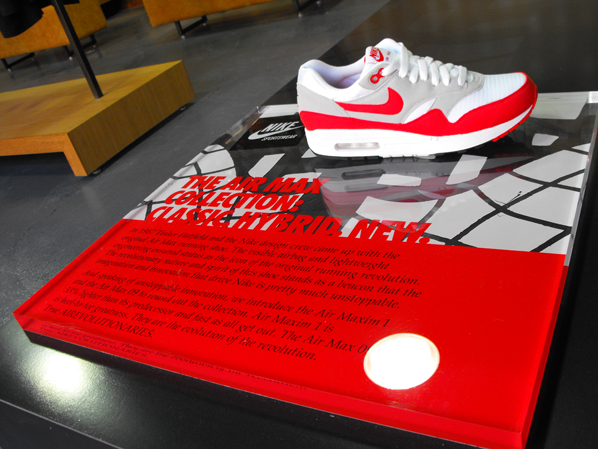 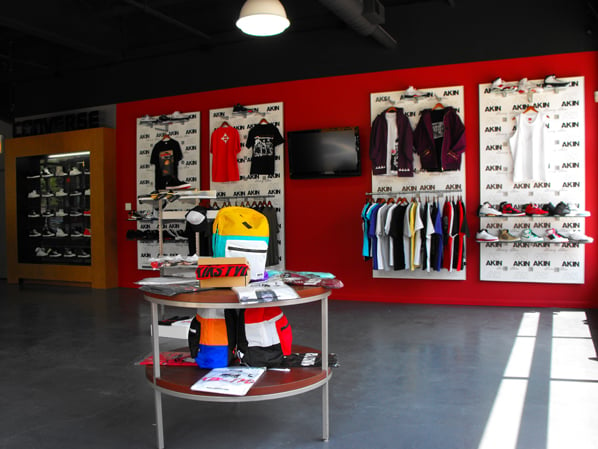 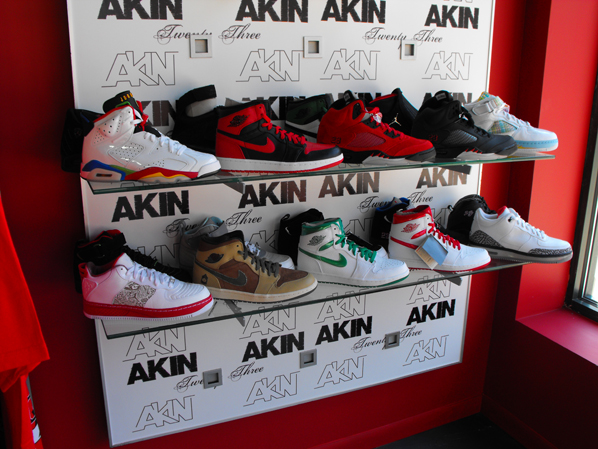 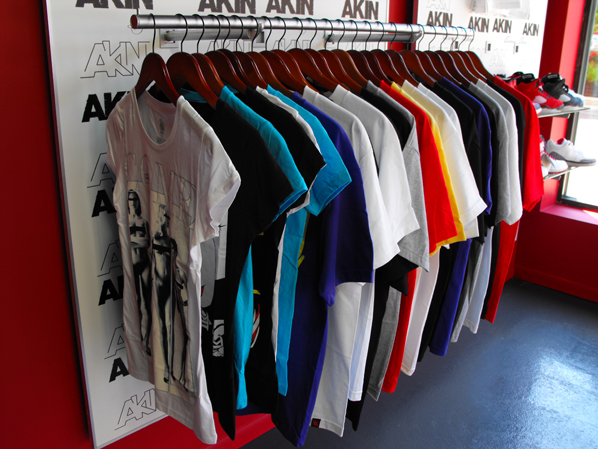 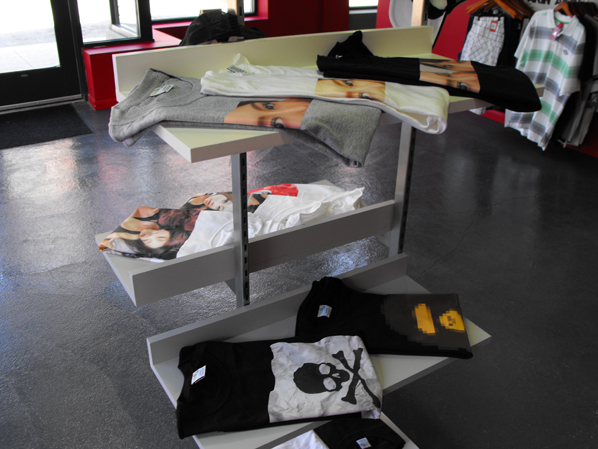 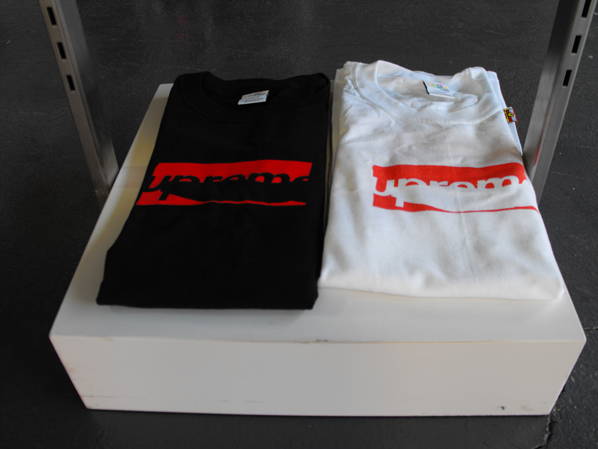 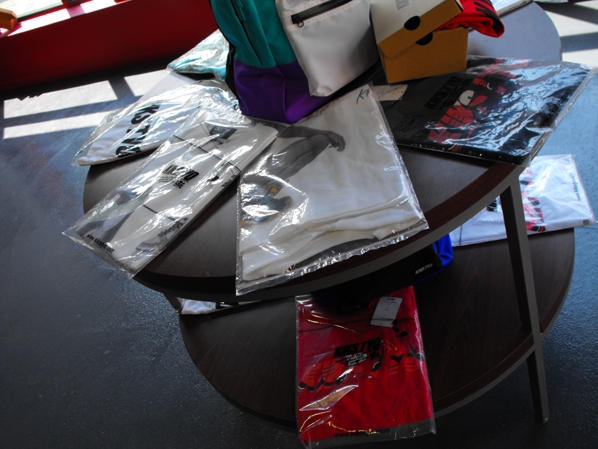 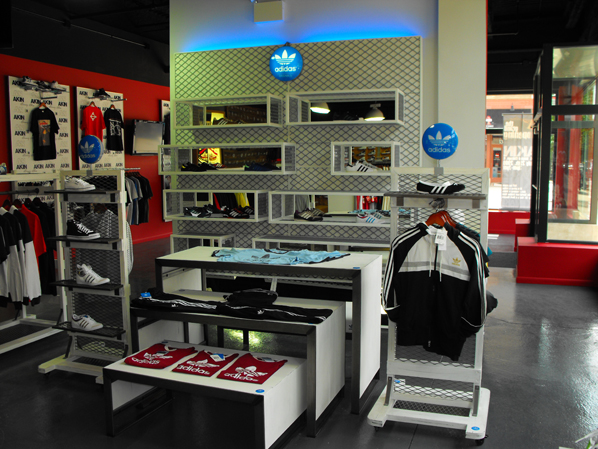 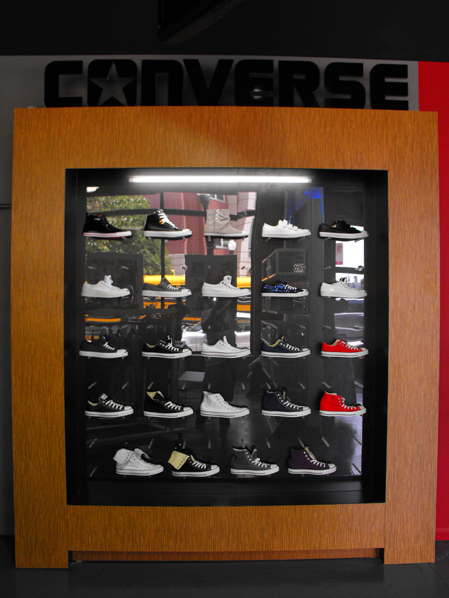 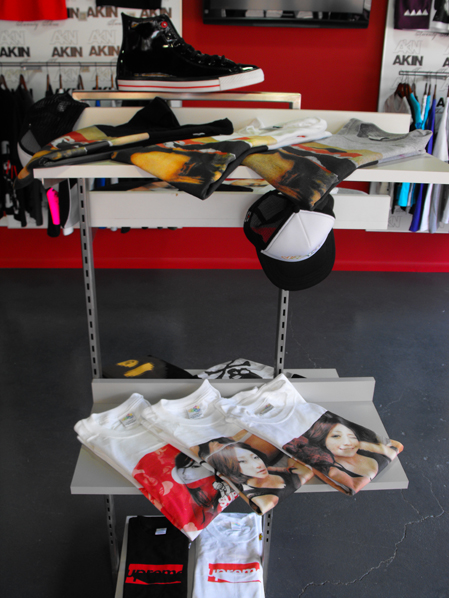 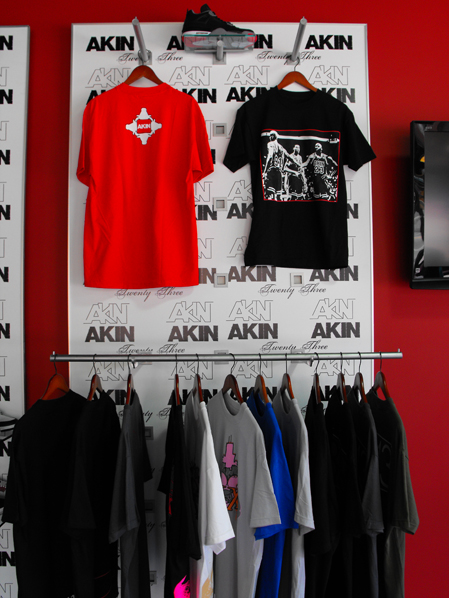 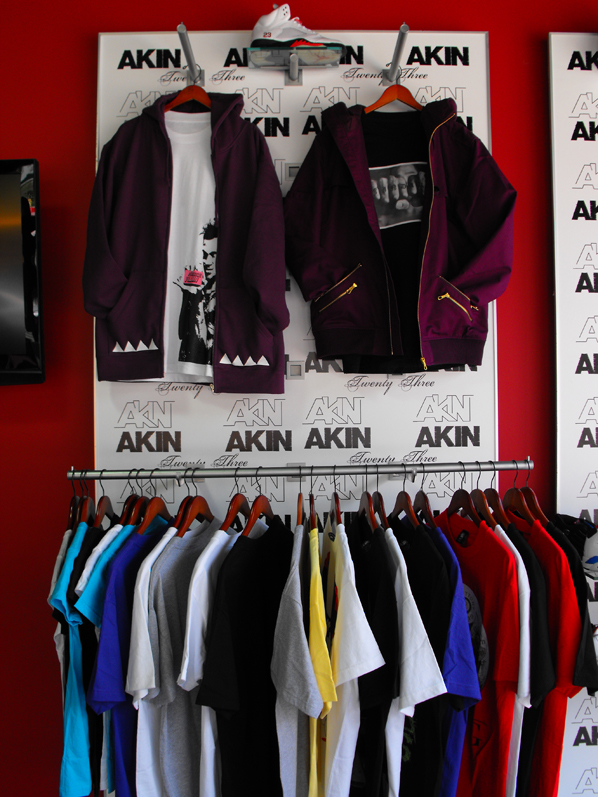 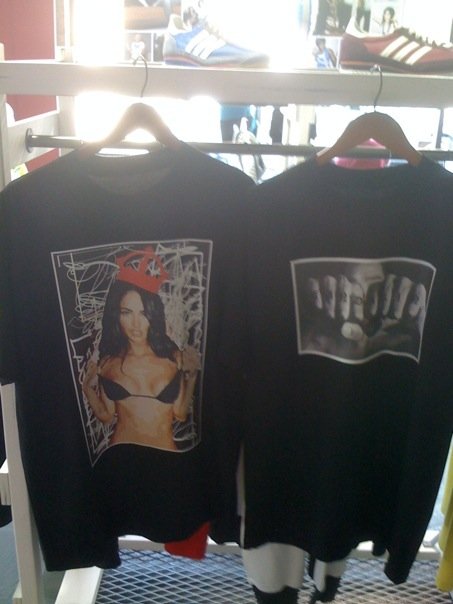