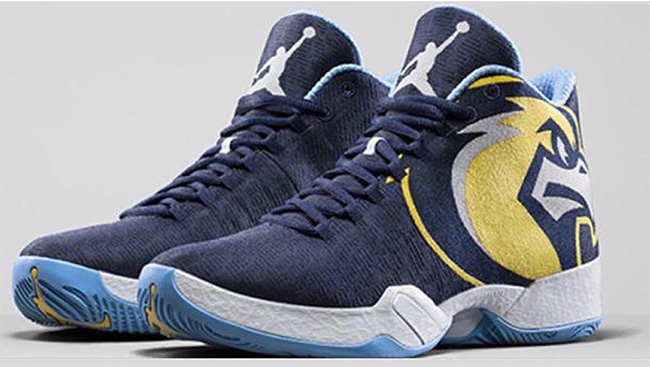 As of late we haven’t seen or even heard of any Air Jordan XX9s releasing to the general public, but the model is still being produced. Check out the Air Jordan XX9 Marquette PE that features the universities mascot, the golden eagle.

Don’t expect the ‘Marquette’ Air Jordan XX9 PE to actually hit retailers, as they were made for the University players. However the team will lace up their own edition of the XX9s from August 10th through the 20th in Italy. Below is an additional image that shows an up close look at the mascot towards the heel. Would you grab a pair if they ever released?